Things I Wish I had Known 20 Years Ago 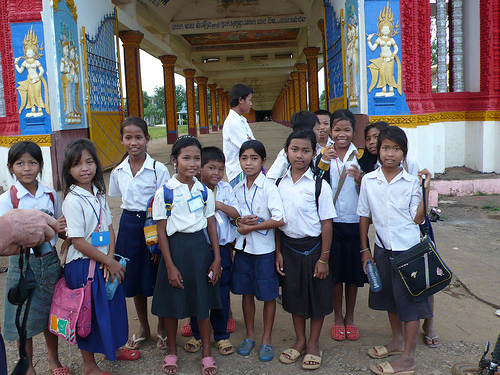 Last Friday, I went back to my old school after over 20 years and presented to young people who were about to make career and university decisions.

It was an amazing day going back to my roots after so many years!

So much had changed and yet so much was still the same. Amazingly one of the teachers from my days was still there.

Working with such young people is certainly very rewarding as in the course of just a few minutes I had the opportunity to positively impact their lives.

You feel so much for them as young people today have so many pressures, demands and expectations in an increasingly tense and fragile world with traditional family values and support structures breaking down.

Yet the key is we must continue to believe in them and nurture their dreams as our future depends on them.

The children seemed much younger than when I was there – or maybe that just shows how much I have grown, aged and changed. They seemed much smarter, more savvy and more confident than in my time.

Some were starry–eyed and others were simply bashful – but I did have immediate rapport being a former pupil. All of them were full of dreams and hopes for the future – and yet there was an undercurrent of uncertainty and vulnerability.

I briefly shared my life experiences and my key learnings. I emphasised how much the changing and increasingly fragile world needed aspiring young people like them today – and how each and every one of them had so much to offer the world.

We debated some of the challenges we face today – such as global warming, war, scarce resources etc. It was striking how well informed they were about world affairs – this was certainly not the case in my time.

I got them all to visualise and think about their own life goals and write them down. I then invited some of them to share their goals in front of their peers – and it was clear most wanted the same thing – good jobs, money, car, nice house, loving partner, world travel etc.

However, quite a few also wanted to help and contribute to society such as working in the developing world, doing social work and joining a caring profession such as nursing.

It was really heartening to learn that goals based on contribution and making a difference were just as prevalent as materialistic goals.

One young man called “Marvelous” confidently shared how he wanted to be a professional wrestler. He lived up to his name as his real name was indeed Marvelous! I could not have scripted it better 🙂

All in all a very fulfilling day – and I feel I probably got more out of the day than the pupils. It was truly humbling to be able to give back something to the school that made me who I am today.

So if you ever get a chance to go back and present at your own old school, then jump at the opportunity!

Finally at the end of the day, I was given a donation for Nirvana School. My old school had secretly arranged for each of the young people to contribute £1 so as to sponsor a Nirvana child. I felt I had come full circle, now having a connection between the two schools which had shaped my life.

• Keep in touch with more school friends
• Believe in myself more and not listen to doubtful, fearful people
• Ask for help more often
• Learn about money management
• Really go for my school day dreams and not settle for second best.
• Have more fun.

What sort of things do you wish YOU had known when you were at school?