Peace or Trident in our Time? 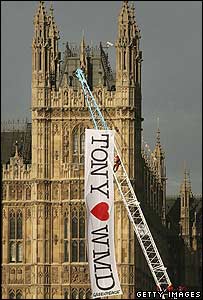 Today in the House of Commons the British Parliament will discuss plans to renew the UK’s Trident nuclear weapons system.

MPs will debate the £20bn plan to replace the submarines which carry the Trident missiles. Between £15bn and £20bn would be spent on new submarines to carry the Trident missiles and the fleet would take 17 years to develop and build, and would then last until about 2050. Oh and maintenance of the fleet is estimated to be a mere £50bn during that time.

The prime minister has said the UK needs to maintain its deterrent as it is impossible to judge future threats. The government has said the decision must be made now. Within just the space of a few months, we are about to commit billions of pounds to a monolith from the cold war era. Generations of people to come over the next 50 or more years will be paying for this investment – money which could be used for so many other peaceful and life enhancing projects such as schools, hospitals, public transport and housing. And of course there is the looming specter of global warming.

To me it is incredible that such a major public issue and project can be decided for us by the government within just a few weeks. Though some members of parliament have rebelled and there have been some resignations, it seems the government will carry the vote. Some MPs have signed a parliamentary motion calling for a longer period of consultation for all political parties, other interested groups and the public.

I really do believe that we all need to have a quantum leap in our thinking if we are ever to solve the world’s problems. Call me naïve but what is the point in investing billions in new armaments when we already have the power and capacity to annihilate and pulverize the world many times over?!

Okay – nuclear weapons are meant to be a deterrent but surely you don’t need a deterrent that could wipe out the earth many times over? It is a Catch-22 situation – let us develop the best, most sophisticated weapons which we will never use. And just in case we need to use them, let us build the capacity to annihilate the “enemy” many thousands of times.

The money and the time used on developing such weapons should be devoted to helping us to live, not threatening to kill us all. What we really need is a radical new way of thinking, based on understanding

“We can’t solve problems by using the same kind of thinking we used when we created them.”

“Peace cannot be kept by force. It can only be achieved by understanding.”

It is really high time for more of us to stand up, make our voices heard and speak up for what we believe is the right thing to be doing.

This is where I think the power of the internet will ultimately inform and convince the people who supposedly govern on our behalf just what we ordinary people really want. No one ultimately wants war, only justice and fair play. So do whatever you can to remain informed and make others aware of the global picture.

To my simple mind, it is ludicrous that whilst we in the UK and USA have nuclear weapons we are making efforts to prevent the spread of these weapons. Are we really so “good” that it is okay for us to have nukes whilst others can’t?!

If we want peace in our time, we have to start today, and not have to wait another 50 years when the planned Trident submarines will be due to replaced again.