Let Us Make Kunta Kinte Proud of His Legacy 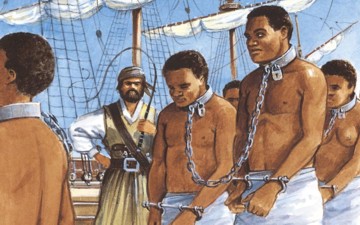 Today is the 200th anniversary of the abolition of slavery.

Various events are taking place around London and the UK to mark the end of this abhorrent practice.

Though it was in 1807 that the slave trade finally became illegal, it was not until 1833 that slaves were granted their freedom.

Whilst the debate goes on about reparations, it is really time to look at how we treat others in our society today.

Today is really a day to remember and celebrate the part played by slaves and their descendents to make our society what it is today.

Needless to say, European companies and countries benefited enormously from the fruits of this trade which ultimately lead to the rapid growth in industrial development.

So we are all indebted to all those millions of unidentified African people forcibly enslaved and stripped of their freedom, dignity and human rights.

When I was a young child, I remember watching the TV serial called “Roots” by Alex Haley, and it broke my heart to learn just what had happened to the main character Kunta Kinte and his brethren.

“Any existence deprived of freedom is a kind of death.” – Gen Michel Aoun

It was an early introduction to me of just how cruel humans can me to each other. Having been born in Africa myself, I felt I could really relate to Kunta Kinte’s pain.

It further saddened and indeed angered me when in the school playground, I heard some white kids derogatorily refer to a black school friend as “Kunta Kinte”. They thought it was hilarious – and yet it is in such ignorant attitudes lies the root cause of the problem we still face today.

We just have to learn that no matter what the colour of our skin, we are all the same – we have the same dreams, hopes and aspirations as everyone else – and we all also face the same challenges, dilemmas and hurdles.

The colour of our skin as inherited from our ancestors is just that – an inherited trait and one that we should all be proud of. 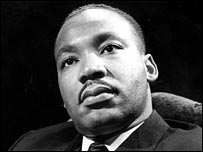 Remember also Dr Martin Luther King’s words in his famous speech “I Have a Dream” about one day people being judged not by the colour of their skin, but by the content of their character.

As we mark this historic day today, we should also remember that “slavery” is still a serious problem in the world today.

Bonded labour is still rampant and human trafficking is second only to narcotics worldwide in terms of the profits made by the racketeers.

Social justice and equality is what the world needs today more than ever. As we mark the ending of slavery today, let us remember that in the coming years we face just as big a challenge of ensuring equality and justice for many more people world wide.

“Human progress is neither automatic nor inevitable… Every step toward the goal of justice requires sacrifice, suffering, and struggle; the tireless exertions and passionate concern of dedicated individuals” – Dr Martin Luther King

It is up to each one of us to do our bit and ensure that all those around us, near and far, get a fair and square chance.

Then in 200 years time our descendents can look back with pride and satisfaction, knowing that our contribution today was just as valuable, lasting and noble as that of the enslaved people over two centuries ago.