Kill your Speed, not Your Car or You! 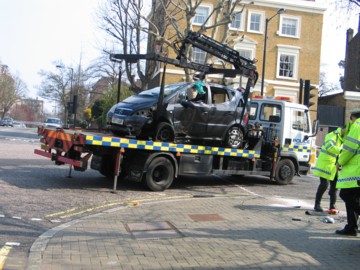 It seems that there is always something happening around where I live. This morning, a beautiful sunday morning, the police had to close the road for two hours after a serious accident literally yards from my home.

It is only barely two months since I wrote about a motorcyclist being hit on almost he same spot. I wrote then about life being so precious and yet so fragile.

Well, this morning it seems that a speeding motorist hit a traffic lights pillar at high speed and his large boxer car actually overturned.

I went out to see if there was anything I could help with but the police had everything under control. It was spookily very quiet and there was a surreal sense about the whole thing.

The driver had already been taken to hospital and was not thought to be seriously hurt. He was very lucky indeed as his vehicle is almost certain to be written off as it looked beyond repair.

One of the policemen explained that the driver may have been speeding and may have lost control as he went over the speed bumps which were meant to slow drivers down. He was in the accident investigation team and he explained how he saw such cases of reckless driving daily – and it was always due to drivers going far too fast.

So the lesson for us all on this Sunday morning is to curb our driving speed at all times – life is too short as it is without adding to our own demise in any way.

Also remember that you should never endanger the lives of others through your own recklessness. 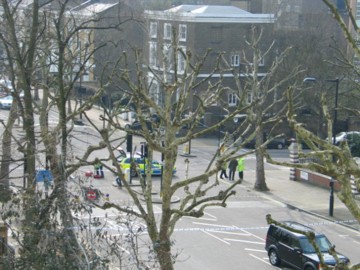