Lessons for Life from a Tall Tale :-) 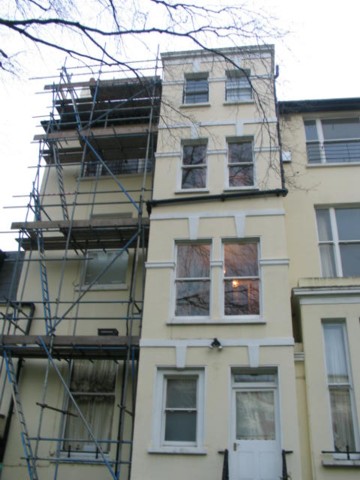 As I write this, the scaffolding from outside my window is finally being removed, six weeks after it was first put up to investigate a leak from the roof.

At the time, I wrote about how the scaffolding had first been put up against the wrong house!

I also used the opportunity of having the scaffolding outside my house to clean up my windows from the outside and allow more light into my life.

As the scaffolding is rapidly being dismantled, there are some interesting lessons for life:-

1. When you are building something, or putting in the foundations for a project, make sure it is right for you. Make sure that the project is really what you want to do. Check that you are not creating steps to climb the wrong building.

2. It was amazing that when the scaffolding was put up against the wrong house, no one noticed for a whole week! So as you progress, you might think that you are doing well – but check in to see that what you are building is truly what you want.

3. We found that the roof was not leaking after all and whole exercise of putting up the scaffolding had ultimately been a costly and unnecessary one. Had the leaky bathroom in the relevant apartment been properly sealed in the first place, then the leak would have been resolved months before, saving a lot of hassle, time and money. So before taking drastic measures, check that you have carried out any necessary basic steps to progress with your project.

4. I used the scaffolding to give my windows a good clean from the outside. So use any opportunity that comes along to enhance your life – you might not get another chance for a while. Out of adversity comes opportunity – makes the most of it. As my friend Kavit Haria says – no opportunity waits.

5. Whilst cleaning the windows from the outside, I realised that I could potentially get stuck on the scaffolding. Once the main sash window had been lowered it would have been quite hard to leverage it up again from the outside. As I was on my own there was no one around either to open the window from the inside. However with some innovative ideas from a friend who suggested using a belt etc, I managed to clean the windows quite easily – and surived to tell the tale.

So the lesson is look for innovative ways around a potential challenge. And don’t hesitate to ask friends for ideas and support. My friend even called me back at a pre-arranged time to make sure I was not still stranded on the scaffolding!

6. When the scaffolding was being put up, I used the opportunity to share a few laughs with the scaffolders and also served them tea and coffee outside my third floor window. Such impromptu and fun moments are rare – make the most of them.

7. The scaffolding was quite an eyesore whilst it was up. I am looking forward to sitting in the garden and seeing the building once again in its full glory. So I guess the lesson is to appreciate what you have now – you never know when it might get tarnished.

8. Finally, I can already see my garden through the lounge window once again. And it looks stunning. Somehow it looks better than before. However, it was always there and looked great even before the scaffolding. So the lesson is to look for the beauty that is already there.

Good luck with creating the scaffolding of your life 🙂 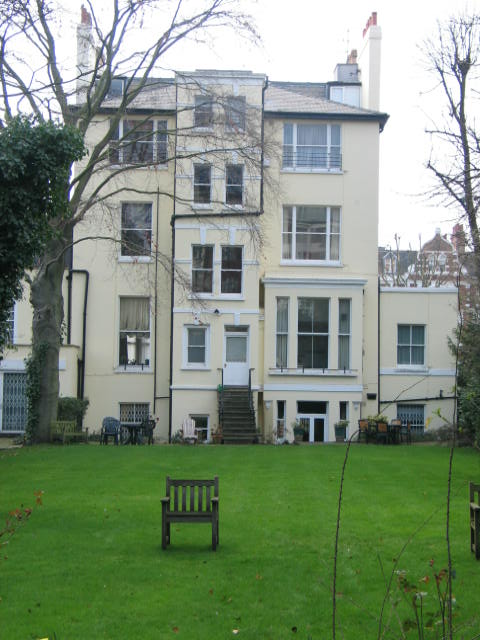