Helen Astrid is Here to Help you Sing! 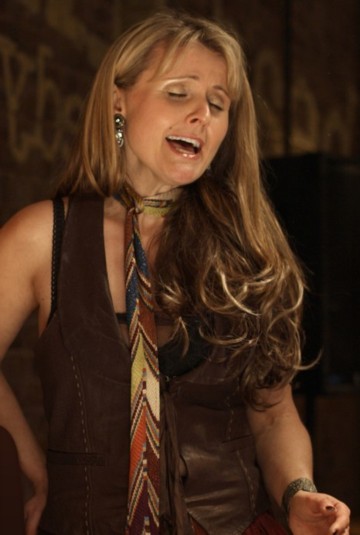 Talking of what makes you sing and finding your song, here is one of my regular interviews with the inspiring people in my life.

I have now known Helen Astrid for five years after we met at one of those early morning business networking meetings. I didn’t get any serious business through such meetings but did connect with a number of amazing people with Helen being one of them.

Helen is a singer / songwriter / musician / teacher extraordinaire. I caught up with Helen last week over coffee at Richoux in St Johns Wood and I found out more about her life, her work and her career.

Helen has just been chosen to write and sing a song for the London Olympics in 2012!

My work is like a delicious cocktail – varied, stimulating and addictive. I love what I do and know it helps people find themselves. Whether that’s through my own songs or coaching people on how to sing. In order to find your own song, you need to be honest with yourself; write straight from your soul, although it’s not always an easy process.

The song, simply called “2012” is part of a search by the BBC to source the best song-cum-anthem that represents London. We live in an amazing city, so I chose the things about it that mean something to me. I hope people will be able to relate to it. It’s memorable, easy to sing and has a rousing chorus, all in reggae style.

Aswad bassist Tony Gadd has contributed a funky vibe and it’s destined to get the country rocking. And in the words of Bob Marley, “Reggae music is the heartbeat of the people”. Isn’t this just what the UK is looking for?

I actually wrote it for Lionel Ritchie and knew it would suit his voice. The song’s called “2012”. I heard him singing ‘Easy’ and thought, he’s my man”, she says. I was a VIP at his recent sell-out Wembley Arena concert and gave the song to his awesome music manager, also one of the band members.

I was then approached by a journalist who interviewed me for Metro newspaper. She then passed my details to the BBC who invited me on the Breakfast Show. I was then asked to come on BBC1 TV News to sing a verse of my song. I only had 15 minutes to get ready before a car was waiting outside my house. I’ve never put on make-up so quickly ever before….

Loads of people. But my main inspiration is Mr Nelson Mandela – I have the words from his inauguration speech “Our Light” in the front of my song book which I take everywhere with me.

Several people – Ray Charles because he soldiered on no matter what, founder of Coffee Republic because anyone can do it, James Patridge founder of Changing Faces – a remarkable man and my cat Paloumbi because he lives in the love zone all the time and is so giving.

Hopefully singing my song on stage at the Olympic stadium with thousands of others joining in.

If you believe you can do it, you will. Focus on your style and don’t try to be something you’re not.

Anyone can do it!

When I wrote my Olympic song, I cried many many times because I believe in the words. I want to unite people from different cultures, religions, race rank etc, it doesn’t matter what your background. I am 100% convinced that this song will unite people and make the world a better place. Here are some of the lyrics:-

“This Olympic challenge in ‘Two-0-One-Two’
It may be raining but we’ll pull through
Let’s share our joy, hold hands and begin
To make new friends, and this time we’ll win”

To sing is a dream – to sing yourself and even to listen to someone else. Don’t hold back, take a risk and you’ll be amazed at the results.