Stop Alcoholism at a Young Age 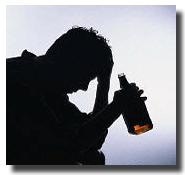 There have been calls today to stop parents from giving alcohol to children under the age of 15. To me this was quite a surprise as coming from a tee-total family, alcohol was rarely ever served in our home.

A new study reveals figures that suggest a large increase in the amount of alcohol being drunk by 11 to 13-year-olds.

It has been suggested by the charity Alcohol Concern that parents who give alcohol to children aged under 15 should be prosecuted. The charity also wants a 16% rise in alcohol taxes, a ban on brewers selling to retailers at a loss, and a crackdown on under-age alcohol sales.

It is currently only illegal to give an alcoholic drink to a child under five except under medical supervision in an emergency. In other words, it is perfectly legal to offer alcohol to any child aged between 5 and 18. In some homes, it is even customary to give alcohol to children at meal times.

However, a ban on serving alcohol to children at home would simply not be enforceable. So it is therefore up to each and every parent to ensure that their children understand the risks of binge drinking, drunken driving and alcoholism.

It all comes back to moderation and being Personally Socially Responsible. Parents have to be on board and see that they are part of the solution, rather than passing the buck to the retailers, media, government, schools etc.

Of course at the same time, schools could do a lot more to educate children about the risks of drinking. The drinks companies too have a huge role to play as part of their Corporate Social Responsibility. For instance do they really want to be ultimately responsibile for all the early deaths and disease that are caused by excessive drinking?

To start solving this problem, in the same way that charity begins at home, personal social responsibility also begins in your own home – and one can start today by giving out a sensible drinking message in the home.