Recycling is Taking Off – Do Your Bit Too 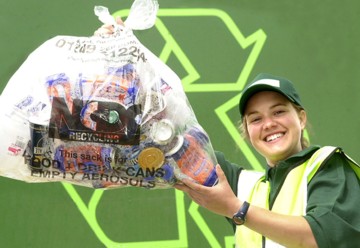 Whilst listening to the car radio this morning whilst returning from a meeting, I was intrigued by a studio debate about whether or not UK households should have weekly or fortnightly refuse collection.

The idea put forward is that by having fortnightly collections, people would be encouraged to recycle much more.

Statistics have proven that the areas where collections are made only one every two weeks are also the areas with the highest recycling rates.

One of the points discussed was just how efficient and serious local authorities were about recyling household refuse. Well, this weekend I experienced first hand just what is happening.

I visited my parents over the weekend and helped with their new garden on Sunday. It is amazing just how Ivy can take over a garden – it was like being under siege.

Three hours of hard work later, it was all gone and we managed to chop up the removed foliage and filled up a dozen black bags. Away I went to the recycling facility run by the local council.

It has changed a lot over the last couple of years. It is not even described as a rubbish dump or rubbish tip, but is now known as a recycling facility. Whereas previously, all rubbish was emptied into one huge smelly and disgusting pit, there are now separate areas for paper, burnable waste, glass, soil, garden waste, domestic appliances, metal and much more.

I was very impressed with just how organised it all was and also with the helpfulness of the staff.

The facility burns rubbish and in the process also produces electricity for the National Grid and some hot water that is used locally. In addition some rubbish is put into landfill.

It felt good to be actually bringing stuff here as I felt it was actually going to be recycled or disposed off sensibly.

In the last few months, I have certainly noticed a great interest amongst people to recycle and reduce wastage. From my experience over the weekend, it certainly seems that we are getting out act together with mass recycling etc. It is now up to each one of us to do our bit at home and look for ways to reduce and recycle where necessary. And when you do get rid of things and send it off for recycling, rest assured that more and more local councils are doing their best to do so.

Do check with your local council that they are doing everything possible – and help the environment and the planet in your own way by doing every little bit YOU can to recycle. 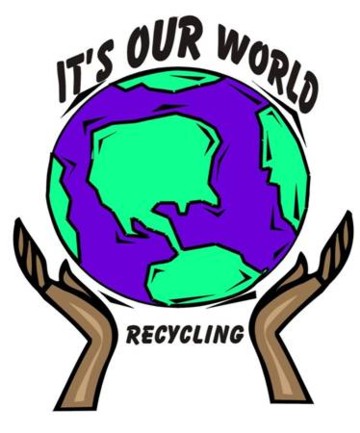