Consumer Power is Here to Stay – So Have Your Say 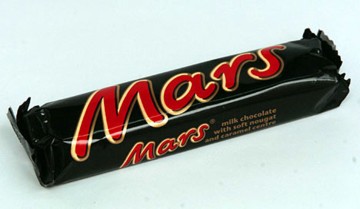 A few weeks ago I wrote about Masterfoods were planning to introduce an animal product in its range of chocolates including Mars Bar.

This sneaky plan by Masterfoods caused quite a stir with the company receiving over 6,000 calls and emails and 40 MPs even signing a petition. The Vegetarian Society urged members to complain to the company, their MP or local newspaper.

Within just a few days, Masterfoods agreed to revert to the old recipe, apologised and declared that the “consumer is our boss”. Clearly, Masterfoods had underestimated the strength of feeling amongst the UK’s vegetarians and also that their supporters would be such a force.

The company even said that it became “very clear, very quickly” that it had made a mistake. However certain confectionary products within the company’s range are still not suitable for vegetarians and have never been either!

Here is an interesting Q & A from that “consumer care” website:-

Question:- Why did you decide to change the ingredients in the first place?

Answer:- We made the change to broaden our supply base in order to ensure we could continue to provide our consumers with products of consistent quality in the future.

Such double-dutch! In others words, Masterfoods made the change to save costs!!!

Looking at the broader picture, this example of a major food manufacturer having to retract and withdraw with it’s proverbial tail between it’s legs is just a high profile example of consumer power being used for the greater good against dictatorial corporates.

More and more consumers are prepared, willing and able to use the power of their shopping basket to make a point.

Companies has better be wary as this is just the beginning of the shape of things to come. It is high time that companie worked much more closely with consumers for hte overall benefit of everyone concerned. There is a massive shift in consuerism taking place out there with shoppers increasingly environmentally conscious and health focussed.

Consumer are now willing to scrutinise prices, ingredients, sourcing and the company’s environmental and ethical record. And if they don’t like what they see, they will go elsewhere.

Companies are waking up to their greatest responsibilities. And as a consumer, you do actually have a lot of power to dictate how and what companies do.

Ultimately, it will be a win win situation all around 🙂