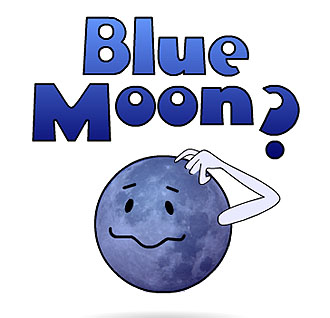 Before you got outside to check out the colour of the moon through the rainy clouds, being blue just means that it is the second full moon of this month.

A blue moon is usually defined as the second full moon to occur in a single calendar month. As the average interval between full moons is 29.5 days, whilst the length of an average month is about 30.5 days, it is rare for any given month to contain two full moons.

It is important not to calculate it wrong because it is such a rare thing to see you don’t want to miss it.

On average, there are only 41 months per century that will have two full months so there is a blue moon roughly once every two and a half years.

The phrase “once in a blue moon” is used to mean something that only happens every now and then or if hardly ever happens. It can be used derogatively to refer to something that is not likely to happen e.g. kids, tidying up their bedroom, or giving up smoking!

As it will be another two and a half years before we have the next blue moon in Europe, just where will you be in your life by that time?!

Since we say “once in a blue Moon” when something hardly ever happens, here is a challenge for you:-

Think of something that will really make a big impact on your life and make it happen.

Get support and accountability – do whatever it takes and no one can ever tell you again – “once in a blue moon”:-) 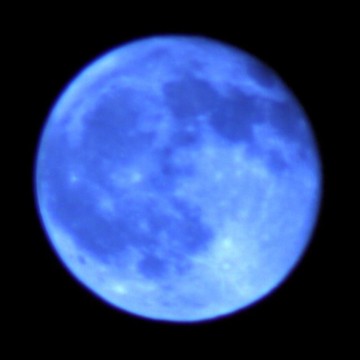