A Prayer for an End to Violence 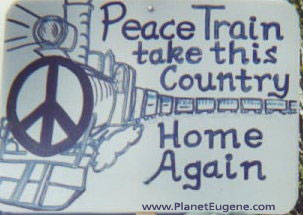 In my last post, I wrote about hope from the heartbreak of 7/7 after the London train and bombs on 7th July 2005.

Today I was sent an email about a memorial service held for the 52 victims of those bombs in London. The victims were remembered by their familes and friends at a private gathering held on 7/7/7 at St Ethelburga’s Church in the City of London.

At a moving ceremony devised and led by the families, each victim was honoured with a white rose as their name was read out. A revised version of The Book of Tributes was dedicated, which will live permanently at St Ethelburga’s.

A prayer for an end to violence

Every act of violence in our world,
Between myself and another,
destroys a part of your creation.

Stir in my heart
a renewed sense of reverence
for all life.

Give me the vision to recognise your spirit
in every human being,
however they behave towards to me.

Make possible the impossible
by cultivating in me
The fertile seed of healing love.

May I play my part in breaking the cycle of violence
by realising that
peace begins with me.

So the message for all of us is that peace begins us.

What can you do today to bring more peace into your life?