You Have to Eat an Elephant Bite by Bite! 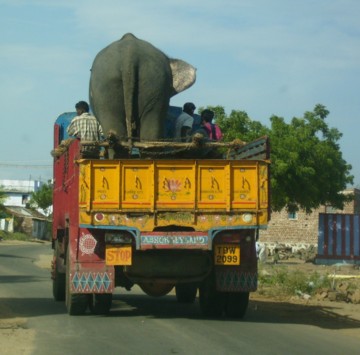 Like a lot of people around the world today at 11.11 GMT, I sat quietly and meditated as part of the worldwide Fire the Grid project.

The idea was to bring about worldwide positive change through the consciousness of like minded people meditating and reflecting for an hour at that time.

I planned my day so as to be in Regents Park for mid-day. I was privileged to spend that hour on a solitary bench, isolated deep within the “secret garden”.

The hour went by rapidly during which time my mind wondered all over the place – from the details of my previous meeting, what I was going to have for lunch and all my new exciting work projects. Oh, and I did even reflect on positive change and how to make more of a mark on the world.

At one time I wondered why a wood pigeon had managed to come so close to me. Then a few minutes later I realised that I was getting drenched by a sudden cloud burst but none of that mattered.

It was possibly the calmest and most peaceful hour I have ever spent on my own. Coincidence that so many others were also taking part in the same experiment at that one time?! Maybe. Maybe not. Whatever it was, it certainly felt a very special time.

However that was not enough for me. My logical mind was seeking a practical sign or a message. As I gathered my bag, I noticed that the bench I was sitting on had a commemorative plaque in memory of someone who had found the secret garden just as delightful as I do.

That was indeed the sign or message I was looking for. What it meant for me is that to succeed with my projects I have to do them bit by bit. Indeed to bring about world change, we will have to change one person at a time, and we will certainly bring about positive change.

Never mind next month or next year, for now I just have to focus on my present tasks and projects and the future will sort itself out.

So as we all seek positive change, focus on what you can do in your own life today. Give up whatever you have been procrastinating from starting just because it seemed too large.

Break it down into the smallest tasks until you are clear about what you have to do today to get started.