Time for Companies Like Mattel to Stop Toying Around 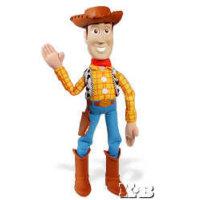 It has just been announced that the world’s leading toymaker, US based Mattel has recalled millions of toys worldwide for the second time in two weeks.

It all comes down to the amount of lead in the paint used on these toys, which were made in China. In turn, the Chinese supplier has been blamed for using paint from unauthorised suppliers.

Mattel is recalling 18.2 million magnetic toys worldwide, 1.9 million of which were sold in the UK. The sheer scale and cost of this recall highligths once again the importance of company taking their Corporate Social Responsibility (CSR) seriously.

As globalisation leads to more and more products and services being sourced gloablly, it is more important than ever that companies have strict and thorough auditing in place. Even more importantly, companies must have a conscious and a CSR policy that they believe in.

Otherwise, we will see many more instances like today where a major global player has to eat humble pie and recall its products. The toys being recalled today could just be the tip of the iceberg.

Ultimately, it all comes back to company directors being more Personally Socially Responsible.