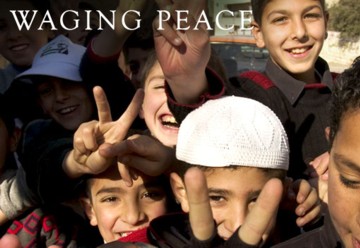 Today is the 6th anniversary of 9/11, that fateful day when 2 planes demolished the World Trade Centre in New York.

Everyone remembers just where they were when they heard the news. I was working in the City of London and watched the world changing events unfolding on a screen at a hairdressing salon. There was an eerie silence all around as we watched in shock and hardly comprehending just what was happening.

We had an American colleague working with us at the time, who only a year before had been on an assignment at the top of one of the towers. As the twin towers came down, it dawned on her that some of her ex-colleagues and friends were likely to have been involved. Shock set in and I found a cab for her, making sure she got home okay as the trains were temporarily suspended in fear of a London attack.

Six years later, we find ourselves embroiled in a bitter war in Iraq and Afghanistan and there seems no end to it all. Conversely the world struggles with growing inequality, poverty and global warming challenges.

The gulf war so far is said that to have cost the USA over $350 billion dollars which is supposed to be roughly the figure for the sum needed to cure world poverty. Just imagine how the perception of the USA would be today in the world if that route had been taken instead.

Today there is more angst in the world than ever before. The world is a far more dangerous place and we are all more vulnerable to attack, uncertainty and upheaval. The saddest part of it all is that we are no nearer to resolving any of the disputes and grievances that let to the 9/11 attacks in the first place.

Schisms between nations are becoming wider and there seems to be an ideology standoff between Christianity and Islam. All terrorism is blamed on Islam, which is portrayed as an unyielding, fanatical religion out to conquer the world and impose itself

However it is time we all realised that multiculturalism does not lead to disintegration – we need to celebrate our differences, not ridicule them. In our hearts, we are all people with the same aspirations, hopes and ambitions. We all strive to better ourselves and create a better and secure future for our children.

Islam is not a monolith – I believe it actually covers 53 nations in the world. The fight today is not between religions but between ideologies

We need to remember that being a Muslim is just one aspect of people’s identity. Yet, that identity seems to have become paramount and sadly militarily defined.

It is time that we saw people as people much more than their religious ideology. Ultimately peace can only come if put our selfish motives to one side and think about the future of our children.

Today, rather than looking back on the events of six years ago, let us focus on how we can bring peace into our own lives and work from there for peace in the world. And then maybe the legacy of 9/11 will be to bring us all together for the greater good of all. 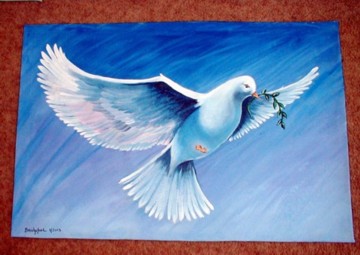