The Littlest Things can Make the Biggest Difference 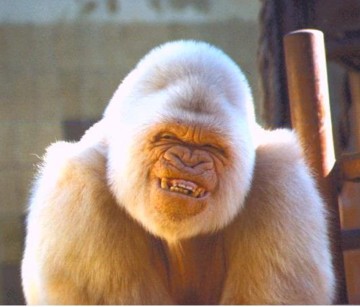 As we all try to improve our lives and the world around us, it is important to remember that the littlest things make the biggest difference. So often we look for the big act or the largest perceived reward before doing anything.

Here is a famous story called “An Elf’s Tale” by Tyree Dillingham. Though it has a christmas flavour to it, the story has universal appeal. Enjoy.

“It was six o’clock at the mall, and I was as exhausted as an elf on Christmas Eve. In fact, I was an elf and it was Christmas Eve. That December of my sixteenth year, 1995, I’d been working two jobs to help my parents with my school tuition and to make a little extra holiday money. My second job was as an elf for Santa to help with kids’ photos. Between my two jobs, I’d worked twelve hours straight the day before; on Christmas Eve, things were so busy at Santaland that I hadn’t even had a coffee break all day. But this was it – only minutes more, and I’d have survived!

I looked over at Shelly, our manager, and she gave me an encouraging smile. She was the reason I’d made it through. She’d been thrown in as manager halfway through the season, and she’d made all the difference in the world. My job had changed from stress-filled to challenging. Instead of yelling at her workers to keep us in line, she encouraged us and stood behind us. She made us pull together as a team. Especially when things were their craziest, she always had a smile and an encouraging word. Under her leadership, we’d achieved the highest number of mall photo sales in California.

I knew it was a difficult holiday season for her – she’d recently suffered a miscarriage. I hoped she knew how great she was and what a difference she’d made to all her workers, and to all the little children who’d come to have their pictures taken.

Our booth was open until seven; at six things started to slow down and I finally took a break. Although I didn’t have much money, I really wanted to buy a little gift for Shelly so that she’d know we appreciated her. I got to a store that sold soap and lotion just as they put the grate down. “Sorry, we’re closed!” barked the clerk, who looked as tired as I was and didn’t sound sorry at all.

I looked around and, to my dismay, found that all the stores had closed. I’d been so tired I hadn’t noticed.

I was really bummed. I had been working all day and had missed buying her a present by one minute.

On my way back to the Santa booth, I saw that Nordstrom was still open. Fearful that they, too, would close at any moment, I hurried inside and followed the signs toward the Gift Gallery. As I rushed through the store, I began to feel very conspicuous. It seemed the other shoppers were all very well-dressed and wealthy – and here I was a broke teenager in an elf costume. How could I even think I’d find something in such a posh store for under fifteen dollars?

I self-consciously jingled my way into the Gift Gallery. A woman sales associate, who also looked as if she’d just stepped off a fashion runway, came over and asked if she could help me. As she did, everyone in the department turned and stared.

As quietly as possible, I said, “No, that’s okay. Just help somebody else.”

I told the woman who I was buying for and why, then I sheepishly admitted I only had fifteen dollars to spend. She looked as pleased and thoughtful as if I’d just asked to spend $1,500. By now, the department had emptied, but she carefully went around, selecting a few things that would make a nice basket. The total came to $14.09.

The store was closing; as she rang up the purchase, the lights were turned off.

I was thinking that if I could take them home and wrap them, I could make them really pretty but I didn’t have time.

As if reading my mind, the saleslady asked, “Do you need this wrapped?”

By now the store was closed. Over the intercom, a voice asked if there were still customers in the store. I knew this woman was probably as eager to get home on Christmas Eve as everybody else, and here she was stuck waiting on some kid with a measly purchase.

But she was gone in the back room a long time. When she returned, she brought out the most beautiful basket I’d ever seen. It was all wrapped up in silver and gold, and looked as if I’d spent fifty dollars on it – at least. I couldn’t believe it. I was so happy!

When I thanked her, she said, “You elves are out in the mall spreading joy to so many people, I just wanted to bring a little joy to you.”

“Merry Christmas, Shelly,” I said back at the booth. My manager gasped when she saw the present; she was so touched and happy that she started crying. I hoped it gave a happy start to her Christmas.

All through the holidays I couldn’t stop thinking about the kindness and effort of the saleswoman, and how much joy she had brought to me, and in turn to my manager. I thought the least I could do was to write a letter to the store and let them know about it. About a week later, I got a reply from the store, thanking me for writing.

I thought that was the end of it, until mid January.

That’s when I got a call from Stephanie, the sales associate. She wanted to take me to lunch. Me, a fifteen-dollar, sixteen-year-old customer.

When we met, Stephanie gave me a hug, and a present, and told me this story.

She had walked into a recent employee meeting to find herself on the list of nominees to be named the Nordstrom All-Star. She was confused but excited, as she had never before been nominated. At the point in the meeting when the winner was announced, they called Stephanie – she’d won! When she went up front to accept the award, her manager read my letter out loud. Everyone gave her a huge round of applause.

Winning meant that her picture was put up in the store lobby, she got new business cards with Nordstrom All-Star written on them, a 14-karat gold pin, a 100-dollar award, and was invited to represent her department at the regional meeting.

At the regional meeting, they read my letter and everyone gave Stephanie a standing ovation. “This is what we want all of our employees to be like!” said the manager who read the letter. She got to meet three of the Nordstrom brothers, who were each very complimentary.

I was already a little overwhelmed when Stephanie took my hand. “But that’s not the best part, Tyree,” she said. “The day of that first store meeting, I took a list of the nominees, and put your letter behind it, with the 100-dollar bill behind that. I took it home and gave it to my father. He read everything and looked at me and said, “When do you find out who won?”

“He looked me right in the eye and said, ‘Stephanie, I’m really proud of you.'”

Quietly, she said, “My dad has never said he was proud of me.”

I think I’ll remember that moment all my life. That was when I realized what a powerful gift appreciation can be. Shelly’s appreciation of her workers had set into motion a chain of events – Stephanie’s beautiful basket, my letter, Nordstrom’s award – that had changed at least three lives.

Though I’d heard it all my life, it was the Christmas when I was an elf – and a broke teenager – that I truly came to understand that the littlest things can make the biggest difference.”

So what “little” thing can YOU do today that will make a big difference to your life, to the people around you and the world in general?