You Can If You Think You Can! 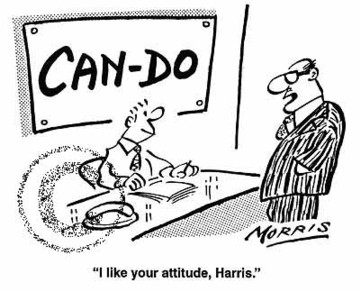 Every now and then, I receive one of those chain emails which you are supposed to pass on etc. I normally ignore them but sometimes there is a lot of wisdom in these messages.

Here  is one that I received recently which is all about making things happen and how it is all down to your attitude:-

If you think you’ll lose, you’ve already lost,
For out in the world you’ll find,
Success begins with a fellow’s will;
It’s all in the state of the mind.

If you think you’re outclassed, you are;
You’ve got to think high to rise.
You’ve got to be sure of yourself before
You can ever win the prize.

For many a race is lost
Before a step is run.
And many a coward fails
Before his work’s begun

Think big and your deeds will grow,
Think small and you’ll fall behind.
Think that you can and you will,
It’s all in the state of mind.

Life’s battles don’t always go
To stronger or faster man.
But sooner or later the man who wins,
Is the one who thinks he can!

So from now on, what CAN you do?

WHAT will you do? 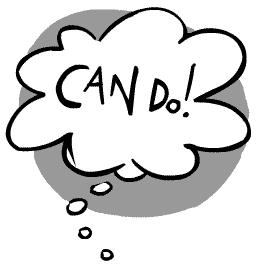