Eternal Words of Wisdom from an Evening with the Dalai Lama 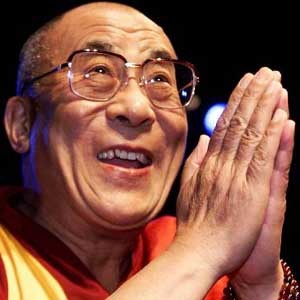 Ok – I didn’t really spend an evening with the Dalai Lama in person.

But I had the next best thing – a showing of a movie called “Dalai Lama Renaisssance”, a documentary which is set to spread his inspirational message around the world next year, when it goes on general release.

It was a very special and inspirational evening as I just happened to be sitting next to the producer, Khashyar Darvich.

Despite the darkness I managed to scribble down some key messages and quotes to make things happen in our daily life:

“Words are mere bubbles of water, but deeds are drops of gold” – Chinese proverb

“You yourself must make the effort, the buddhas are only the teachers” – Buddhist saying

“Humanity has to come first, my nation, my people, my cast, all come second” – Dalai Lama

“By being more compassionate to others, we become happier ourselves!” – Dalai Lama

Do go and see the movie as soon as it is released. It could transform your outlook on life forever.