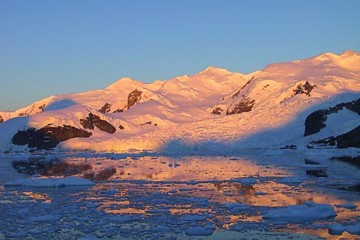 In my last 2 posts, I wrote about the lessons to be learnt from Lewis Gordon Pugh and his amazing feat of swimming 1Km in the arctic in sub-zero temperatures.

So how did Lewis Gordon Pugh actually approach the goal of swimming the 1Km in subzero temperatures?

1. Broke the goal down into chunks
The 1km swim was subdivided into 100m chunks, with a flag of a different country on a buoy marking the completion of each 100m lap. So every time he swam past a flag he knew he had conquered another 100m. And when he got to the British flag, the tenth flag, he knew he had finished.

2. Made the achievement of each sub goal emotionally charged.

So for each country flag, Lewis thought about all the people from that country who had sacrificed so much for him, for this swim and also in his life.

3. Visualised the achievement of this goal and how it would impact the rest of his life and the world.

Lewis’s mind coaches (two of the best in the world) made Lewis walk back to the beginning of his life in his mind and think about all the steps he had taken to get there that day.

He was then asked to walk to the end of his life, look back at his life and see how the completion of this swim had impacted him and the world.

What Lewis saw at this point was that his swim had enabled him to show the world that climate change was a real issue and he had got world leaders to do something.

As Lewis prepared for the swim, anytime he had a negative thought, he was trained to think only of getting to the final British flag i.e. the finishing point.

You can only ever have one conscious thought at any one time – Lewis was trained to think only of finishing and getting to the British flag.

Just before the swim, Lewis focused on each and every stroke and he knew exactly what he was going to be doing, when and how. As a result of his visualisation, his body temperature rose to 38.4 degree F (as opposed to normal of 37.0 degree F) – this rise has been put down to being a survival mechanism, and Lewis is only the first human found to be able to consciously do this.

The Starting Point (or the point of no return!):- 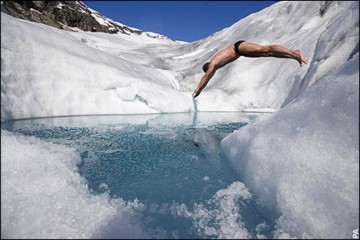 At the starting point, Lewis’s trainer had advised him that there was 2 ways of doing this:-

1. The hard way – dive straight into the sub-zero Arctic water or

2. The flipping hard way – stand there and dip his toes in the water.

Lewis of course did it the hard way – he took a running leap into the water!

At the count of 3, he dived straight in – as Lewis said, there are times in your life when you just have to take a leap!

And what kept Lewis going during the swim? As he said, sometimes it is easier to finish than to simply give up.

So many people give up with their goals rather than keep going and finishing. Quite often, you are so close to the finishing line.

I will continue with more lessons to be learnt from Lewis Gordon Pugh in my next post, but in the meantime, a few things for you ponder on:-

How can you break down your top goal into smaller chunks?
How can you make the achievement of each goal emotionally charged?
How will your goal impact the rest of your life and the world overall? 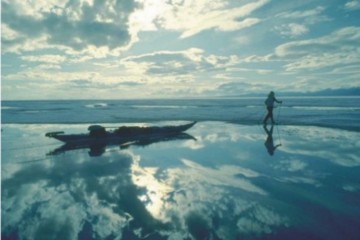