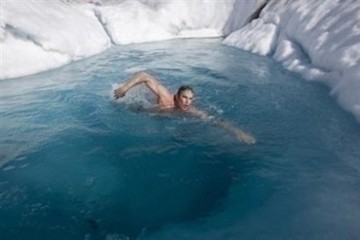 In my last 4 articles, I have enjoyed writing extensively about the exploits and achievements of Lewis Gordon Pugh, swimmer extraordinaire amongst many things.

In this 5th and final article, it is proper to round up and learn what further tips and insights he can share with us about high level achieving and also what is next for him.

Four months after his historic swim, Lewis wonders how on earth he actually did that swim!?

However as he said at the YES group meeting, it is clear why:-

1. He had a dream, a clear vision of what he wanted to achieve.

2. He assembled a world class team to help with his vision, a dream team.

3. He planned and prepared meticulously, from the logistics to his physical and mental training.

4. He stuck to his vision, whereas there was many a time when it would have been easier for him and the team to compromise or give up. Everyone had the courage and self-discipline to keep going. A sense of humour also helped.

Lewis has only recently had the feeling in his hands return – the damaged cells and nerve endings have finally healed and he has fully recovered.

What next for Lewis?

Lewis has now dedicated the rest of his life to save the polar regions from industrial development, oil exploration, mineral mining etc. He is convinced that the protection of the polar regions is absolutely vital to the survival of our plant and mankind.

His goal is simply to keep the oil majors out of the polar regions.

During the four months since his swim, Lewis has met over 500 political, business and religious world leaders, to press home his message about saving the Polar Regions.

The response he has received so far has been mixed – the people he has met have ranged from pessimists and cynics to realists, optimists and daydreamers. (By the way, for the team he gathers around him, Lewis normally goes for optimistic realists).

However, Lewis is determined to make his mark and continue to spread his message at the highest level. He has found his message being more receptive amongst the younger generation whereas generally the older generation and especially the religious fraternity are fairly out of touch with the challenges faced by the world today.

Current world leaders are simply overwhelmed with the messages about climate change and the urgency to do something. But we all HAVE to start somewhere before it is too late. 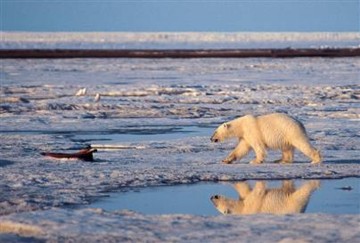 So to save the Polar Regions, how can the ordinary person help?

Firstly we have to recognise and accept that we are all currently over-consuming. Therefore if we all learn to consumre less and live an eco-friendly life, then we may still have a future.

For Lewis, there are 2 clear ways forward.

The ordinary person can help by reducing their own footprint and only voting for the leaders who take climate change seriously.

One final key tip for success from Lewis

Lewis was asked what empowering questions people can ask themselves. He suggested that everyone should focus on gratitude first thing in the morning. Start the day with this question and spend 5 minutes reflecting on this:-

“What am I grateful for today?”

What made Lewis give up on his corporate life? What made him follow his dream?

Lewis recalled a time when he visited the Arctic for the first time and how he simply fell in love with the Arctic.

Upon returning to his office desk, he used to dream of the barren Arctic landscape. He continues to thank the Arctic everyday for giving him back his soul.

Ultimately, Lewis’s dream is to create a drill free zone in the Arctic and to create a law to protect the Arctic forever. And the only way to do this is for the world to create renewable energy sources.

His ultimate dream is to be a world environmental leader.

I would say that Lewis is already just that.

And I bet that if anyone can save the Polar Regions, Lewis Gordon Pugh can.

So there you are – some powerful tips and lessons from a world leader.

On my way home that evening after listening to Lewis Gordon Pugh, what struck me most was how we all tend to dream small.

If we are going to go for a goal, why not make it big and world changing!?

Also, once we do have such a worthy goal, how often we simply lose focus and give up far too easily.

So this is my challenge to all of you. If you have been inspired through these 5 articles about Lewis Gordon Pugh, I invite you to do this:-

1. Spend some time reflecting and getting clear about your own world impacting goal. Do whatever it takes to get this clarity. If it helps, read through these 5 articles again and get inspired by one man’s amazing feats and mission to save the Polar Regions.

Maybe one day, you too can then share your story at the YES group.

The world needs more leaders than ever before. Why not become one of those leaders yourself? 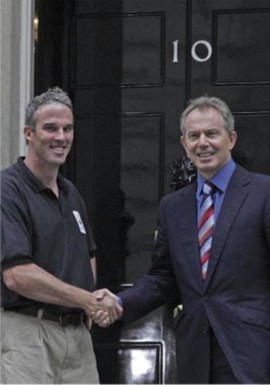