How to Get to Your Nirvana Through Kindness 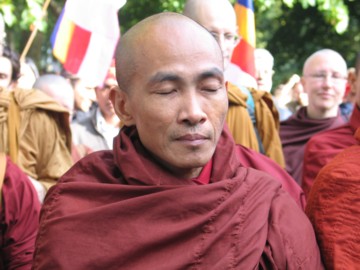 So many times in our life, people show us great kindness and yet are not even aware of the impact they have had on us and others as a result of their kind deed.

This is my own story about how the kindness of one man completely changed my life a few years ago.

My Journey to Nirvana – Thanks to the Kindness of Mr Roy

Mr Roy, a driver working for a hotel in Chennai is one such person who has made a huge difference to my life and that of many others by his dedication to duty and sheer perseverance in getting me to my destination.

Many years ago, well before I was on the life path I am now, I visited Nirvana School) in Pondicherry for the first time. From Chennai this is around 80 miles and on a good day, the journey takes around 2 hours by road. 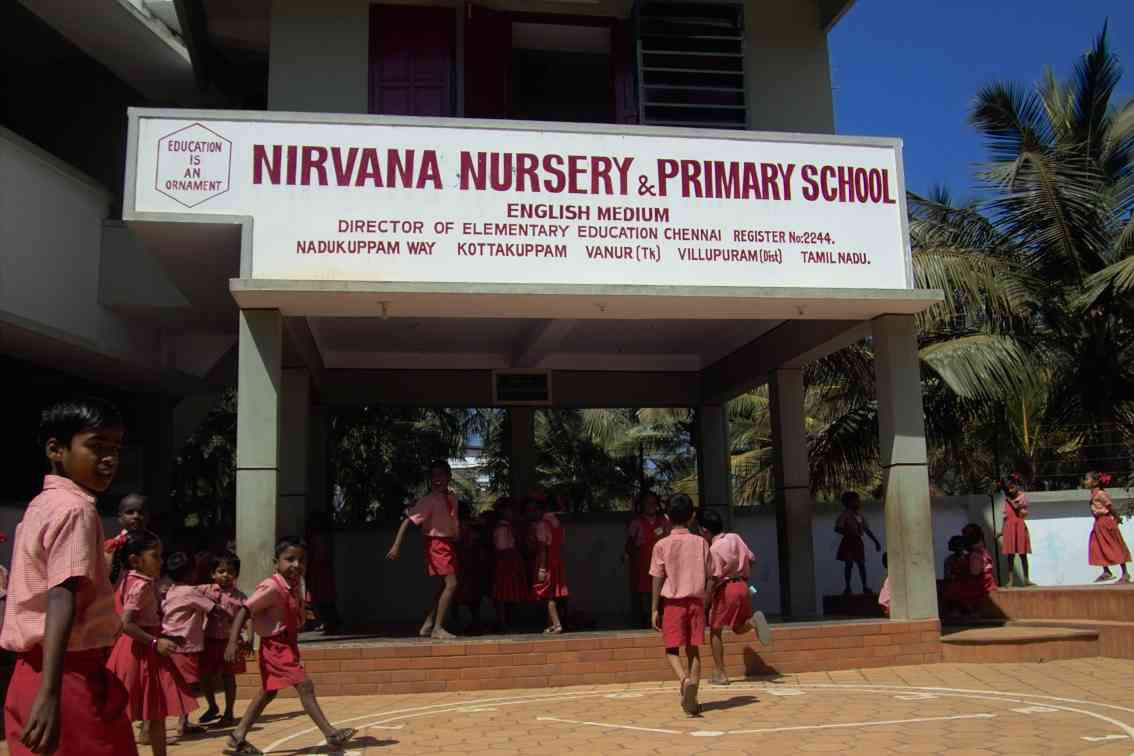 We flew into Chennai from north India and somehow got caught up in the heaviest rainfall I have ever experienced. Our planned stay at a beach hotel for a few days was curtailed and we decided to return to north India after just a couple of days.

I had been told about this remarkable charity called Nirvana School in Pondicherry opened by a Gujarati lady from the UK, Mrs Samani a few years before and it seemed like a good opportunity to go and visit it despite the heavy rain.

So we set off early the next morning and our driver was Mr Roy, a jovial, wiry and diminutive man, in his splendid white attire befitting a top hotel chauffer. We had already phoned Mrs Samani at the school about our planned visit and she was expecting us for lunch well before mid-day and planned to show us around the school and some of the local sights around Pondicherry.

Little did we know what adventures awaited us along the 80 mile journey! Soon after leaving Chennai the rain got heavier and at times we could hardly see the road in front of us. There was brown muddy water everywhere and it seemed like the heavens were releasing some pent up fury as the rain lashed down all around us with equally ferocious streaks of lightening.

Yet Mr Roy was completely unflappable and drove along just like it was another day’s work for him. Which indeed it was. I marvelled at his confidence in his driving and awareness about the road ahead. Or maybe it was foolhardiness.

As we drove along the water in the road must have been about a foot deep and yet our white Maruti car cut through the pools and lakes rapidly sprouting up all around us. Three hours into our journey it seemed like we could go no further. However, Mr Roy calmly turned off the main highway and soon got us back on track via umpteen short cuts and diversions.

This went on for a while and it felt as if we had hardly even left Chennai yet. Maybe Pondicherry was not in our kismet this time round.

At this point we suggested to Mr Roy that perhaps we should turn back and plan the trip for another day. Or even just stop and take refuge in a temple in one of the picturesque villages. But he simply smiled and assured us that he would get us to Nirvana School.

He already knew how important it was for us to get to Pondicherry. Looking back now, it was almost as if he had a sense of destiny about that trip.

Over the next three hours Mr Roy drove us through many more angry walls of rainfall, muddy lakes and sodden villages. It was nature’s fury unleashed and wading through it all was this smiling, white clad man who just kept going and going. His persistence and faith in getting us there was rather reassuring and awe inspiring.

We eventually arrived in Pondicherry over six hours after setting out from Chennai. Almost magically the sun came out when we finally found Nirvana School. It was just like the movies when the sun comes out at the end and all is well. 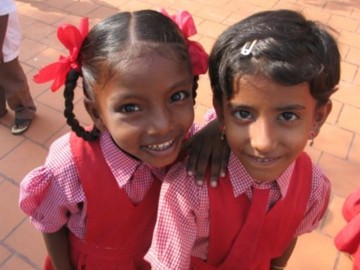 Alas the heavy rainfall and resulting flooding over the previous 24 hours had meant that very few children were actually attending the school that day. We had a very brief tour of the school followed by a hasty lunch as we had to get back on the road to Chennai before it got too dark.

I promised Mrs Samani that one day I would visit the school with a lot more time rather than just for 90 minutes as had been the case this time. Just as few years later, I did just that. It really was a pre-destined visit.

Mr Roy, replenished after a light lunch and an even lighter snooze in the Maruti, assured us that the rain was subsiding and the journey back home would be much quicker and smoother.

He chose to take a slightly different route back, along a coastal road rather than the main highway which he had conquered in the morning. The scenery in the dusk was incredibly beautiful and reminded me of the many paintings painted by my father years before. This was rural India at its best and I will always remember the images of villagers in the distance returning home with their pots, firewood and pouches on their head.

The journey home back to Chennai was indeed much smoother and quicker as the rain subsided and the night drew in. We arrived back in time for dinner and Mr Roy was still buzzing and unflappable till the end. As he said, it was nothing and all in a day’s work. We could not thank him enough for taking us to Nirvana school and for what he had done for us as who knew when we would be able to return to that part of the world again.

I didn’t see Mr Roy again on that visit to Chennai as the next morning we left for Bangalore. Yet the impact of his kindness did not just end that day. And nor did it just impact us who visited Nirvana School on that fateful day.

Roll on a couple of years after that trip. My life situation allowed me to visit India for two months and I was able to fulfil my pledge to Mrs Samani and visit Nirvana School for a much longer period. In fact I stayed with her in Pondicherry for a month. 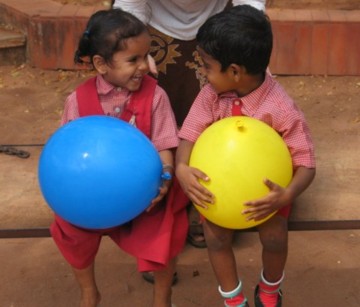 That month at Nirvana School indeed felt like a month in Nirvana and I felt and became a different person during that time. Working with children and people seemed like my true vocation and I left heavy hearted a month later but clear that one day I would want to do more of this type of work of service. I also knew I would return to Nirvana School many more times. My commitment to the school has become my own way of returning the kindness shown to me by so many others in my life and of course Mr Roy.

The rest is history as they say. I have been involved with Nirvana School for almost 10 years now and it has been an immensely fulfilling experience for me. So many people have visited the school as volunteers after being enrolled and I guess inspired by my passion for the school. Others have been equally passionate and very generous with their financial support. 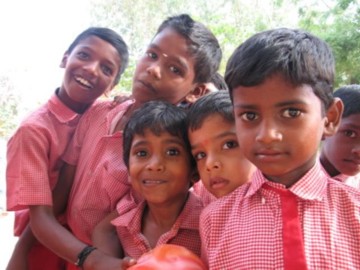 It is not just the children of Nirvana School that benefitted in the long term from Mr Roy’s kindness that day. It is indeed the whole community around the school and the many other people in my life who have been impacted as a result of my own involvement in the school. It is the classic ripple effect of a single act of kindness affecting so many lives over many years in a positive way.

Mr Roy’s contribution to my life is actually even bigger than just introducing me to Nirvana School. As a result of my time at the school, I was drawn to working more directly with people and I first came across the concept of life coaching as a career. This new vocation took me away from the world of IT and also led me to publish the first of my four books to date. Of course, I also began to write articles, such as this one about topics close to my heart such as Nirvana School, thereby spreading the ripple effect of his kindness even further.

And whatever happened to kind Mr Roy? Well, the last time I visited Pondicherry, I stayed in the same hotel in Chennai prior to returning to London. Alas Mr Roy no longer worked there but somehow the hotel staff traced him for me. Fortunately, he remembered me from many years before and it was really good to see him again.

Mr Roy looked just the same and it was touching how he brought along the letter of thanks we had sent him from England after that life changing trip to Pondicherry. This time around I made sure I got a photograph of the two of us as a permanent reminder to me of the man who changed my life and impacted the lives of so many others without even knowing how and to what depth. 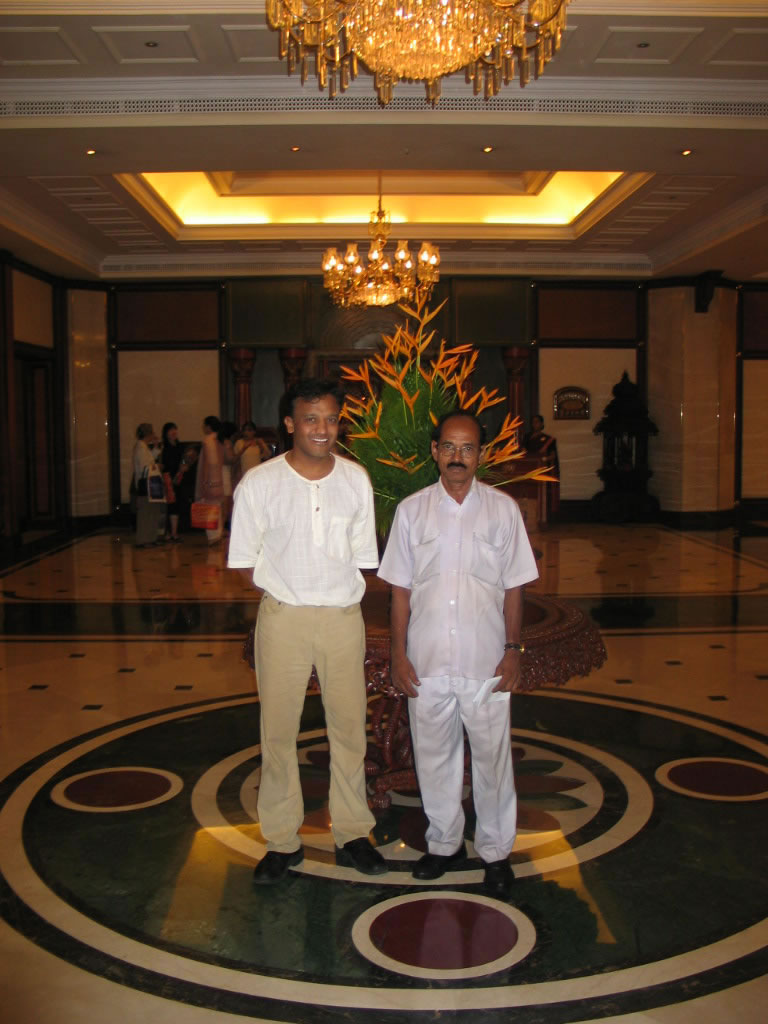 So there we are – it has been my own incredible journey to Nirvana. And I am sure there are many more adventures along the way. All thanks to Mr Roy’s kindness in getting me started in the first place, well beyond the call of duty. He certainly went the extra mile for us.

Next time you have a chance to show some kindness or go the extra mile, do so without any hesitation. You just don’t know what impact your actions will make and how many lives you will change for the better.

And remember – “There are no traffic jams on the extra mile”