How to Suffer Excruciating Pain and Live Again 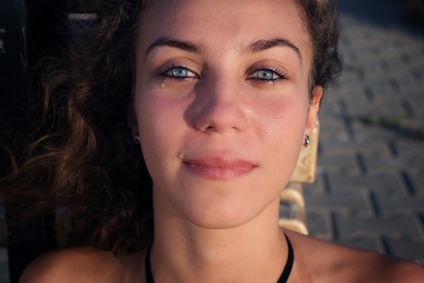 What’s the most excruciating pain you have ever felt in your life?

I don’t mean physical pain, but the pain of the loss of a loved one. How did you get through?

A while ago, the football (soccer) world was shocked and saddened by the death of the German goalkeeper Robert Enke who committed suicide by walking in front of a train in Germany. It became clear afterwards that he had been suffering from severe depression.

Then in November 2011, Gary Speed one of my footballing heroes, also took his own life.

Maybe it is beyond most of us how one can be so unhappy or depressed to take their own life.

How can one be driven to such despair?

I have often written here on my blog about making the most of our life and our time on this planet. I also speak about how there is always a brighter side to everything and how we should always try and be positive.

Well, there is always another side of being positive and this sad case is just one raw example.

We can all get so caught up in being the best, following a “normal” path, and acquiring stuff, that we forget to enjoy life.

The tragic story today about the German goalkeeper seems to have evoked some old unhealed wounds in me.

Can you even imagine what it would be like to be so down and hopeless to take your own life? I mean, with The Samaritans and other help available, who would opt to take their own life? That must be the ultimate sacrifice.

How awful and helpless the people around him must feel right now?

Today I am going to share something which I have not yet been able to publically, and which I have left buried for over 2 years ago.

In June 2007 my best friend himself committed suicide in the USA, only a week after he had spent a few days with me here in London.

Only a year before, I had been the best man at his wedding. I will always remember the look on his face when I shared some stories of our time together:-)

When he left the UK for the final time, I dropped him off at a station in London so he could take the train to the airport. Little did I know that that was the last time I would see him.

I still didn’t think anything of it when he sent me a really touching and heartfelt text message on his way to the airport, thanking me for all my friendship over the years and saying what a kind friend I had been to him.

It was only afterwards that I realised what he was doing – he was saying goodbye and it was his last ever message.

Then two days before his passing away, he left a voicemail message asking me to call him as he had something to tell me. For some reason I didn’t call him back over the phone but instead sent an email saying I was going to be away over the weekend and could we speak the following Monday.

He emailed me back wishing me all the best for the weekend. And that was that – he took his own life that Sunday, two days later.

The loss of my friend was such a great loss and only now I realise just what he meant to me.

To even write about this loss is a huge thing for me. I am revealing something that has been really painful for me and perhaps I am finally showing some vulnerability – no more cool Arvind:-)

Yes, it is finally okay to show my vulnerability and reveal my own pain and grief.

They say that only when you have lost someone can you really understand and feel what they are going through. 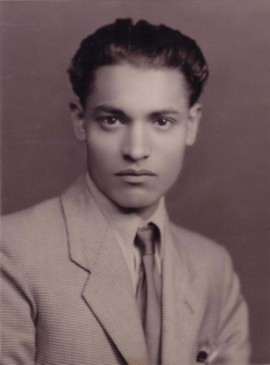 Having also lost my father two years ago, I can empathise a little with the family of Robert Enke. Though the nature of his death also adds to the shock and the grief.

My heart really goes out to the family and friend of Robert. But just how does one console them? How will they get through the next day, week and month?

When a public figure dies in such tragic circumstances, there is usually a huge outpouring of grief and sympathy from the public.

I will always remember just how the UK reacted the day Princess Diana died.

However, it is not just about sharing our grief and showing compassion for those public figures who live in the public glare.

We can also show our compassion to those many people who die in “normal” circumstances.

There have been a spate of deaths in Iraq, Afghanistan, Pakistan and other areas lately. There was also the killing of soldiers in the USA last week.

At the same time, remember that there are horrendous losses on both sides when there is any war.

Maybe it is just the nature of our time on this planet that we are meant to experience the excruciating pain of a loss?

If that is the case, what can we do for those in shock and grief over the loss of a close one?

Yes, we do live in a beautiful world and there is so much goodness in us and around us.

Yet, life can also give us such heart rending, excruciatingly painful experiences that it takes all we have and much more to even get through each day.

I have seen both sides and I must say that though it was so painful at the time, I am a better, more rounded and grounded human being as a result. I also know that sooner or later in our life as we get older we are going to lose a loved one.

Somehow I used to think that our parents will always be around. I was almost shut off from the possibility of my father not being around one day.

I guess we all do that but knowing that such a separation one day is certain could help us appreciate our time together that much more.

This afternoon when visiting a friend, I got talking to one of his office colleagues who mentioned how he felt something was wrong with him since he still felt so down after the loss of his father over two years ago.

He explained how some friends had told him that this was not normal and he should have “got over” it by now.

I said to my new friend that it was perfectly okay for him to grieve as it was appropriate for him – everyone has a different journey and way of dealing with their loss.

A person’s religious or spiritual path, or even lack of one, could really be a strong support through such a time.

I have already written at length about the loss of my own father and his lessons in compassion.

Now almost two years later, the pain and the loss is still there as ever and not surprisingly, I seem to attract or talk to people with similar losses.

Last weekend, I caught up with a friend after a few years and she explained how she had lost her elderly mother earlier this year after a long fatal illness.

Though my friend was aware of her mother’s imminent passing, when it actually happened the pain was still immense.

She did explain though that in the last few days she has had a great awareness of just how much her mother had loved her and how that love was still there for her and always will be.

In that moment, when my friend shared about her mother’s love, I too felt just how great my father’s love was for me and how it would always be there.

In that moment of feeling my father’s love, it suddenly became clear to me that in the great scheme of things, these regrets did not matter. Somehow I too got a little sense of completion last weekend.

So the question is how can one go through such excruciating pain and live to tell the tale? 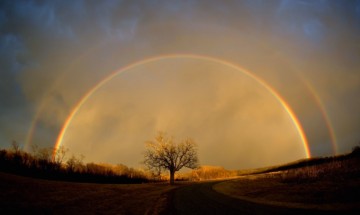 Here briefly, are some of the things that have worked for me.

Be open and talk about your grief and feelings with close ones. Maybe you have a really good friend who would be willing to just listen and be there for.

Better still discuss things with a family member and you will both be able to help each other’s healing.

2. Spend Time on Your Own

Conversely also spend time on your own. Do what you need to as each person’s journey will be different and will deal with their loss in their own way.

Do go for long walks in nature, either on your own or with friends. Being in fresh air and exercising will take your mind of things – and also make you present to the majesty of the universe and how we all fit in. Perhaps you will get a sense of the eternalness of our lives.

If really necessary, consider whether you need any grief counselling. I have never experienced this, but I do wonder if this would have helped me. I did have many supportive friends around me, but I guess professional input would have helped too.

It is a cliché about time being the great healer and perhaps it is. However I reckon that quite often we do not heal, but just cover it up, only for it to show up later in our lives.

Maybe with time the pain just gets masked. Even now and then, I still feel my loss, it is just not as raw as before. I kept saying to myself – this too will pass. And guess what – a few years have already gone by.

Also, take all the time you need – do not listen to others who tell you that you should have “got over” the loss by now.

Know that anyone can get through the excruciating pain of a personal loss.

There are so many lessons from life and death we can all learn.

Though I can never ever claim to understand the pain that anyone else is going through nor underestimate their anguish, I do know that we are gifted with such resolute strength that we can get through it all – and begin to live once again.

The happy memories of our loved one will always stay with us. And perhaps ultimately that is what counts more than anything else. And also the awareness that their great love for us will always be with us.

That knowledge and awareness really frees us up on our quest for completeness and happiness – which after all is what our departed loved ones would ultimately want for us anyway.

Perhaps on that note, the family and friends of the late German goalkeeper Robert Enke and Welsh footballer Gary Speed can one day get some solace and peace.

What are your experiences and thoughts on surviving the pain of a loss?

How did you get through?

Every Retweet and Facebook share helps me grow my blog. I look forward to seeing you here again soon.

Thank you for reading! – Arvind