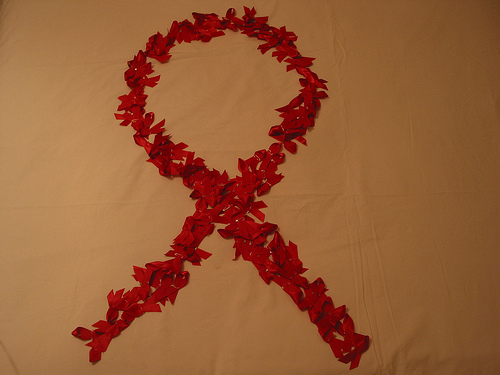 Today is World AIDs Day – a day when bloggers around the world unite to spread awareness about AIDs.

Do you know anyone who is HIV positive or has died from AIDs?

What would it be like to be living every day with a hanging death sentence?

Worse of all, what about being stigmatised and ostracised by those close to you?

It must be so hard for people living with HIV to even tell others about their status for fear of being rejected or losing their job or even home.

It is now known that there is no risk of transmitting HIV through day-to-day contact. So though there may usually be no need to tell employers, neighbours or teachers, it can be so difficult to tell friends, family and potential partners if you are HIV positive. What an isolated life that woubd be.

is so much ignorance about AIDs and I really hope the awareness day today helps spread the word extensively. It is about educating others and supporting those who already have contracted it.

I cannot even imagine what it would be like to go through life suffering not only from all the physical symptoms but also the stigma and being ostracised.

Though we have come a long way from the early days of ignorance about the causes of AIDs, we still have a long way to go towards fully understanding and accepting the reality of what AIDs means for those who have it.

A year ago, I wrote about some of the challenges we face and just how staggering the scale of aids is.

Some of the current statistics are just heart-breaking:-

What is even more galling is how few of those millions of people in immediate need of life-saving AIDS drugs are actually receiving the drugs.

This to me is the real tragedy of AIDs – the world can do so much more.

It is all about educating ourselves and others and accepting people who are HIV positive.

A friend has just send me details of a new initiative to help increase awareness and understanding amongst 15-24 year oalds who account for 40 percent of all new infections.

Her company, Standard Chartered, is reaching out to this vulnerable group with the launch of www.vir.us, with interactive web-learning modules which deliver HIV and AIDS education in a fun and engaging format.

According to a survey conducted by the Bank, 80 per cent of young people use the internet to research sexual health issues.  The website is the first of its kind and is presented in 11 languages.

So it is all about spreading our knowledge and most importantly compassion.

Here are my useful links again to check out to learn about Aids / HIV and of course how to take greater care:-

1. Learn about the link between drugs and aids.

2. Video series to show how even non-injection drugs can lead to HIV.

As for what you can do, just be aware of the dangers of contracting AIDs and also show great understanding and acceptance of anyone who is HIV positive.

Please do whatever you can.

Remember that it is not about being aware of AIDs just for today – we have to make it World AIDs Day everyday. 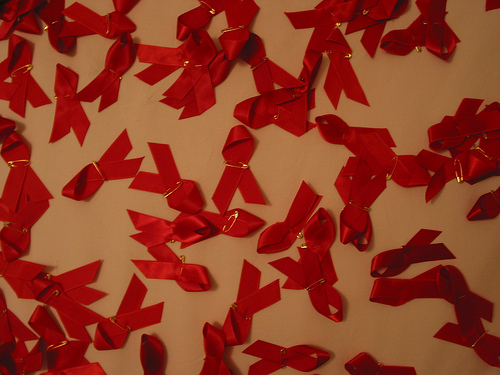 Images with thanks from lusciousblopster