Be Your Own Dog Rather than Following Any Dogma 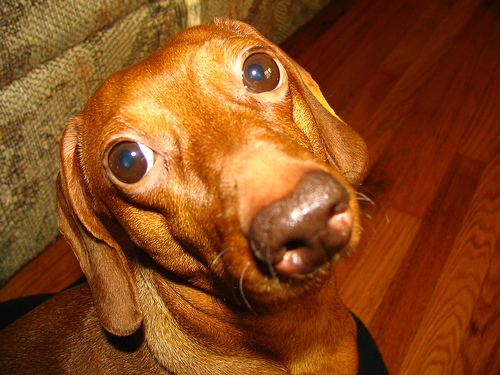 Do you think for yourself or do you go along with the masses?

What would be it be like to really follow your own head and heart, and reach your own conclusions about life and how it should be lived?

Today, one of the challenges the world faces is the rule of dogma.

I don’t just mean religious dogma, but also entrenched ways within society and also the corporate world about the “right” way of doing things. Often, the given way is seen as the only way for things to be -and therein lies the problem.

“Dogma is the established belief or doctrine held by a religion, ideology or any kind of organization: it is authoritative and not to be disputed, doubted or diverged from.” – Wikipedia

Whatever happened to free thinking?

The news channels constantly pump down our throats their biased interpretation of “news”. For example, have you noticed how good, positive news and feel good stories are usually added on at the end of news programmes, almost as a nuisance and an inconvenience?

At the same time, we are daily bombarded constantly by the media, brainwashing us about the latest must have gadgets and gizmos.

One of my ongoing gripes about the media is how a whole horde of weather reporters, and especially here in the UK, influence a whole nation’s mood by describing the weather forecast as “miserable” when the forecast is for rain or low temperatures. Since when did our planet’s weather system start suffering from negative emotions?

How dare weather reporters dictate to us how we should feel!

Remember that the weather is just weather.

Though the internet has made the world more open and connected, at the same time the tyrants of dogma have also increased their noise and their reach.

What about your inherited culture and religious upbringing?

Just because you were brought up in a certain religion or culture, it doesn’t mean you have to go along with everything.

“Celebrate the culture you were born in, but don’t live your entire life by it” – Sadguru Vasudev

I was born into a family of Indian origin and was brought up as a Hindu.

Though I am proud of my cultural heritage and the values imbibed into me by my Hindu upbringing, it doesn’t mean I agree with many of Hinduism’s taboos, rituals and outdated rules.

There are many things I could rant about, but maybe I should simply save that for a future post :-).

Suffice to say that if I followed spiritual teachings which advocate that the world is going to end in say 2 years’ time, that would kind of take away my joy today!

So over the years, I have chosen the bits that still resonate with me and have reached my own set of spiritual (not religious) guidelines which I endeavour to live by.

How can you rise above the dogma and think for yourself?

Here’s how you can get clear about your own viewpoints:-

1. Make Time to Think and Reflect on the World

Surprisingly easy to do if you take time out to think and reflect about the world as you see it.  Spend time in nature, go for long walks and just be.

Reflect on which beliefs still resonate with you and which ones you are ready to let go.

Become as well read as you can. If you read newspapers, then get a broader view by also reading other paper and not just your usual one. Learn to decipher the various political stances taken by different papers and see just how biased a lot of media reporting is.

Don’t limit your reading to just current news – also read about history and theological issues. Reflect and see what really resonates with you.

Watch the news on television and online from around the world and not just your local and national stations.

You will be surprised and shocked just how widely disparate the same story is interpreted depending on the vested interests and the political stance of the broadcaster.

Watch investigative documentaries from respected channels to get the real core of what’s going on around the world today.

4. Surf the Net (within reason)

If like more and more people nowadays you read your news online then with a few clicks you can easily read widely diverse reports about the same story. And you can also watch videos almost instanteously after a story breaks.

The internet is great for expanding your knowledge and getting deeper insights, but word of caution – limit your surfing and don’t become an information junkie!

To get deeper insights about the world, there is nothing better than meeting a diverse set of people face to face and engaging in conversation and debate.

Find out just what makes a person from another country, culture and religion tick. At the end of the day, you may even discover that we are all the same.

We all have the same aspirations, hopes and dreams for ourselves and our children. Reminds me of the song by the Police released at the height of the cold war – The Russians love their children too

Take the opportunity to see the world and experience a different culture from the norm.

With the ease of air travel nowadays, the world is becoming a smaller place and this is also helping to break down stereotypical viewpoints of other cultures and religions.

Yet not many westerners actually travel that much – I read somewhere that most Americans don’t have a passport, and this probably applies to some other nations too.

At the same time, hugely increased air travel would compound our global warming  challenges, so perhaps we should go easy on our international travel. Lets stick to the online world:-)

A great way of joining the dialogue and getting rid of dogma is to join the blogosphere.

There are countless top blogs where you can learn about our changing world and you can add your own viewpoint.

Why not create your own blog and also add your comments to other worthy blogs. Add to the conversation and the debate.

Help yourself and others see through the dogmas that currently hold our world back.

Break the Rules – Be a Maverick, Become a Top Dog

“Without leaders, there are no followers. You are a leader. The world needs you” – Seth Godin

Ultimately, the world needs you to be your own person. Throw out the rule book, do something different, make waves.

The worlds needs more top dogs than ever before, not dogma.

Stop dreaming, become a top dog, shape up and go change the world in your vision. 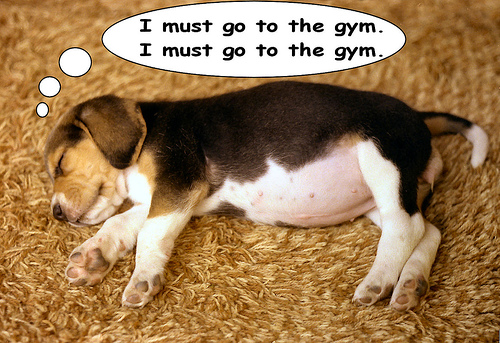