Why you Should Always Look for the Talent in Others 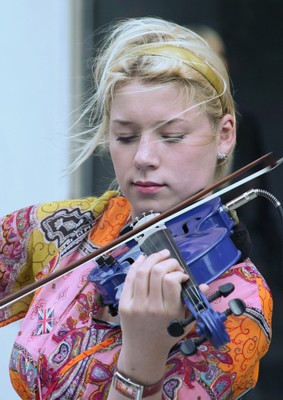 Are you quick to judge others on how they look, how they are dressed or how they speak?

Do you value others on how rate them as being worthy or significant?

If so, then you are not the only one. We all go through life constantly making judgements about others based on mainly superficial things such as their clothes, hairstyle, the car they drive, where they live, what they do for a living, their friends and so on. You get my point.

As a result we are so quick to cross people out of our paths whereas simply by taking time to connect with those people you normally discount, your life could be dramatically enriched and you will learn a lot.

I recently wrote a post about why you should always stop to listen to music, and this proved to hit the right note with a lot of readers (excuse the pun!).

So yes, once should certainly stop to listen to musicians and give yourself a break. But what about listening to the music within other people.

Just how often do you truly stop and fully appreciate other people?

I was reminded of this yet again this morning when I got talking to an African gentleman on a London train.

If you ever been on a London train, you will know how it’s just not seen to be the done thing to talk to anyone else. You simply stick your head in a book, a newspaper or stare into space as if no one was around you!

Instead, there I was talking to this statesmanlike man who looked lost. I directed him to the right train and as I was going partly the same direction, I chatted to him for about ten minutes.

It turned out this gentleman was from Gambia, West Africa and was now visiting his children, having retired from a senior role in the UN. I really enjoyed talking to this noble man and felt richer for the experience of having met him.

He was also most grateful when I gave him a copy of my book “Get the Life you Love” as a gift for him and his children.

Now how easy is it to make connections and spread a little bit of goodness.

My point is this – everyone has a lot to offer. Everyone has a talent – no matter how obscure or raw. Every human being is a magnificent being and capable of so much.

So often we judge the proverbial book by its cover and we judge people by their appearance.

For instance, and this is confession time,  since I became better at blogging and recognising what makes a blog good, I have had to almost stop myself from switching off straight away when I visit a blog that on first appearances doesn’t have an appealing design.

And I am now learning to read the content and read more about the blogger before allowing my judgemental mind to kick in.

Similarly in real life, we so often we dishonour and almost discard people from our lives simply from first appearances – either because we are so busy and focussed on our own lives, but quite often also because we do not deem them worthy of our attention.

This reminds me of this beautiful story I first read about 20 years ago, when I first became interested in personal development. 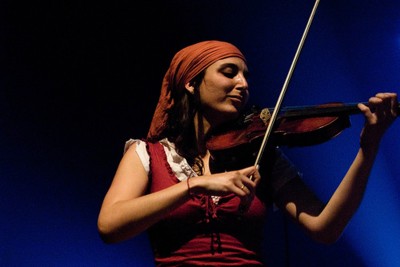 “Touch of the Master’s Hand,” by Myra Welsh

It was battered and scarred, and the auctioneer
Thought it scarcely worth his while
To waste much time on the old violin,
But held it up with a smile.

“Three dollars, once; three dollars, twice;
Going for three . . . “But no,
From the room, far back, a grey haired man
Came forward and picked up the bow;

Then, wiping the dust from the old violin,
And tightening the loose strings,
He played a melody pure and sweet
As a carolling angel sings.

The music ceased, and the auctioneer,
With a voice that was quiet and low,
Said: “What am I bid for the old violin?”
And he held it up with the bow.

The people cheered, but some of them cried,
“We do not quite understand
What changed its worth?” Swift came the reply:
“The touch of a master’s hand.”

And many a man with life out of tune,
And battered and scarred with sin,
Is auctioned cheap to the thoughtless crowd,
Much like the old violin.

But the Master comes and the foolish crowd
Never can quite understand
The worth of a soul and the change that’s wrought
By the touch of the Master’s hand.

So here is my invitation to you all – from today onwards, treat every person you meet as the greatest and most interesting human being on the planet.

And you know what, give them your presence and your time, and they will grow into your highest vision for them.

You can be the master and with your touch, you can raise the people in your life to the highest levels possible.

“Music doesn’t lie. If there is something to be changed in this world, then it can only happen through music”. – Jimi Hendrix

Positive and dramatic change can happen in the world, if more of us begin to hold a higher vision for ourselves and others.