Do Something Remarkable Without Being Buried Alive! 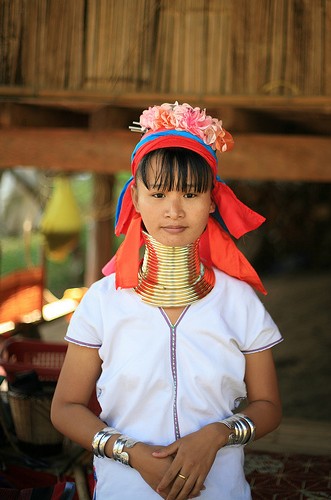 A miracle happened this week – 33 miners were rescued after 69 days being stuck underground.

Unless you too have been stuck somewhere underground for over the last two months, you will have heard of this story.

Millions of people watched around the world as each man came up to be met rapturously by their loved ones. Many tears of joy were shed – and I guess the party in Chile is still going on.

Did you cry too?!

I did and it’s okay to admit that you did so too. You and I are only human after all. One can never be failed to be moved by such human stories.

So a happy ending all around and really wonderful for the families of the 33 men who less than 3 months ago had given up their loved ones as literally dead and buried underground.

There is so much we can learn from this story of human survival, sheer guts and endurance. I can’t even imagine what those men went through in the first 17 days before the rescuers made contact.

What would you do if you were trapped underground for 69 days?

We really have to admire these 33 men and also all the many people who came together to get them out.

A lot of other countries helped with the rescue attempt and it was a truly global effort.

But here’s the thing – for me the tragedy is that the world doesn’t seem to come together when the events are not played out in the global media spotlight.

For a while, as the drama in Chile developed, it was almost like a watching a TV reality show with all the wall to wall coverage and especially so over the last few days as the men were about to be finally rescued.

What can the world achieve if other “less sexy” events were to be given equal prominence?

My thoughts were summed up by this poignant message from Marianne Williamson on her Facebook page, soon after the first few men had been brought to the surface:-

“Deeply grateful about the Chilean miners rescue operation going so well. Cried like everyone else as I watched men arriving on the surface. At the same time, I marvel with sorrow at how 33 men trapped in a mine can inspire such compassionate action from the entire world, while 17,000 children starving every day gets a sort of “Too bad, but what can you do….?” attitude in comparison.”

Every life is just as precious, be it 33 rescued men in Chile or the 17,000 children starving to death everyday around the world.

And yet, what’s really happening is that we live in a world where we have become despondent about true change.

Okay – before you shoot me down, maybe I am exaggerating my points.

Or am I really going over the top?

Isn’t this the way the world would appear to be today?

And yet, I live in hope. We are a remarkable and resilient species and if anyone can make our world a better place, we can.

You are capable of being remarkable being your wildest dreams. And it’s going to take each one of you to be remarkable to make it happen for a better world.

Those 33 men rescued from the mine will always see their lives in a new way with fresh eyes. They have been given a fresh start.

You too can today start your life fresh and anew.

So here’s my challenge to for today – start fresh and do something remarkable in the next 69 days to change the world!

Commit to doing one thing that will stretch you and which will leave a lasting impact on the world around you.

Whatever it is you do, make it big and significant – why play small?!

Remember, feel the fear and change the world anyway.

Please share below just what you will do for yourself and the world in the next 69 days.

You owe it to the world and those 33 rescued men:-)