How to Conquer Temptation and Fulfill Your Dreams 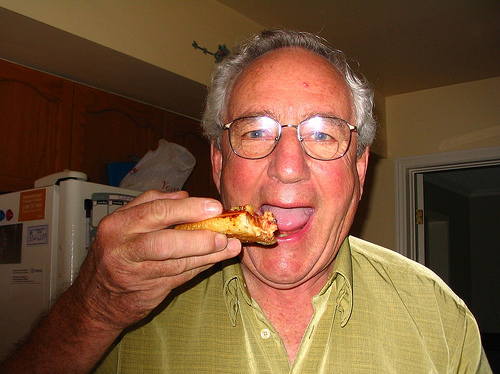 That slice of pizza you’re craving when you’re on a diet isn’t temptation – it’s distraction.

Change your perception of the word “temptation” to what it really is, which is distraction.

You would let distractions get you to act in ways that take you off the path to your greatest fulfillment?

What about the distractions of worry, doubt and dwelling on the past?

Do you also let those sabotage you from being who you want to be and creating the outcome you want so badly for your life?

Could you imagine fighting a war and out of the corner of your eye noticing a clown juggling.

Would you put your weapon down and stare at the clown while your fellow soldiers were getting shot at?

You’d notice it for a second and then would ignore it and carry on with your vital goals.

I advise you react to all distractions designed to thwart you from fulfilling your deepest desires just as you would respond to a clown in the midst of war.

Examples of Being Distracted:

Your goals are vital because they bring joy to your life and enrich your life!

Even your fatigue can be a distraction. Are you too tired to go out and do something fun?

Staying in all day or night because you’re tired will ultimately cost you more than partaking in life tired. You might surprise yourself how quickly your energy increases when you’re busy being involved in life.

Are you letting any of these distractions sabotage your goals?

Don’t allow mere distractions to keep you from fulfilling your goals that mean so much to you.

The Cost of Negative Thinking

Another foolish thought is berating yourself for not having taken action on something earlier in life instead of asking yourself what you can do now to improve your life.

Anything that keeps you from taking optimal action is nothing more than a distraction and has nothing to do with temptation.

No distraction is worth throwing away the objective you have for yourself that will so abundantly enrich your life.

Harness all of your resources to move yourself in the direction of your dreams without focusing on distractions and your dreams are what you’ll get.

Bamboo Forest created an online timer that helps you kill procrastination and be more productive with your time and energy.