Change Yourself First to Change the World 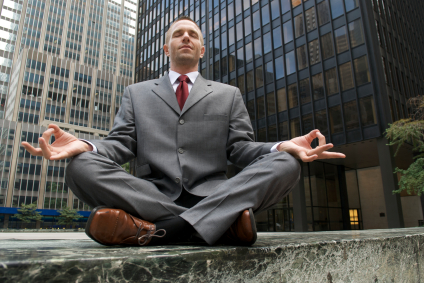 You want to make a difference in this world, right?

I am no different from the rest of you in this respect – in fact, I am probably more likely to claim this statement. Ever since I realised the mass potential of our lives, I’ve sub-consciously carried a mission to change the world and leave it a better place than when I found it.

However, recently I’ve had a re-think.

There’s a story of a man throwing starfishes into the sea, which I’ll do my best to remember for you here:

An elderly man was walking along the beach, admiring the beautiful view. As he walked, he noticed that a large group of starfishes had been washed ashore by the receding tide, and they were struggling to get back to the water. The man was saddened by this turn of events, but accepted that there was nothing he could do to change anything.

The man walked on, continuing to notice the large numbers of helpless starfishes, until he saw another man in the distance standing at the water’s edge amongst the starfishes. Curious, the elderly man walked over to him, wandering what he was up to.

As he got closer, the elderly man could see that the younger man was picking up starfishes, one by one, and throwing them back out into the sea. Astonished, the elderly man got close enough for the other man to hear him, and then he called out.

“Hey! What on earth are you doing?”

The younger man turned to him and smiled, then turned back to the sea, still continuing his duty of picking up and throwing starfishes.

“I’m helping these starfishes get back into the ocean.”

The elderly man couldn’t believe it, why was this man wasting his time throwing starfishes back? There were thousands of them here, it would take him days! He voiced his thoughts.

“Why are you throwing them back? There’s thousands of them here, it’ll take you forever! How can you possibly hope to make a difference to these starfishes?”

Remaining calm, the younger man continued his duty without looking at the elderly man. Just as he threw another starfish back into the ocean, he replied.

“I made a difference to that one.”

The moral of the story sums up my point about wanting to make a difference. We can make a difference to individuals, even to groups of people. A rare few of us may even influence whole communities and societies. But to change the world outright? To throw thousands of starfishes into the ocean single-handedly? I’m afraid this isn’t possible.

Why isn’t this possible? Part of it is because of the nature of the world right now – there are many global aids and charities in effect today, and they have made significant and important strides towards solving the world’s ailments. But, no matter how much more work they achieve, I fear that the ailments will still exist. There will still be problems. Remove a corrupt leading group, and another one springs up in its place. Lift up a third-world country from poverty, and another one falls back into it. Save a species from being hunted, and the hunters find another species to kill.

But there’s another, bigger reason. The other reason why changing the world isn’t possible, and I believe this is the main reason, is because we need to change ourselves first.

This is the defining element of change – change begins within.

We Can Only Change Ourselves

Do you remember the Mother Teresa quote? It goes something like this:

“If everyone only cleaned their own doorstep, the whole world would be clean.”

What does this say to you? To me, it says that we can only change ourselves, and our first priority should be changing our ways and beliefs, cleaning our own doorsteps.

Remember this, it’s not the world that needs to change, it’s ourselves.

If you change the people within the world, the world then changes as a result – it’s not the other way round. I admire the great charities of this world for doing what they do, and for what they’ve accomplished, but ultimately it’s pointless UNLESS those involved change themselves first. 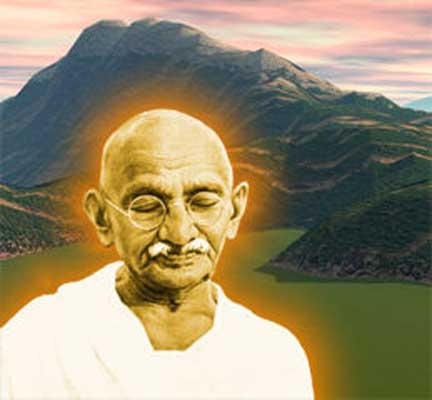 Over the months and years I’ve made some changes in my life, and it has made my surrounding environment a much better place to live in. I believe this is testament to the thinking I’ve offered in this post, and I believe you can do the same with your own lives.

Here are two ways that you can change yourself, and change the world as a result. I only offer these as my own interpretation – feel free to use both, or just one of these ways:

Just think, by changing ourselves to being more forgiving, we could do a lot of good. If we could practice forgiveness more often, and forgive the person who has wronged us rather than seek to cause conflict, this would reduce the amount of conflict in the world.

To help us practice forgiveness, here’s how to speak with a kind heart.

2. Go One Day Without Complaining

We all know of the world’s problems – global warming, terrorism, recessions, etc. But what are we actually doing about it? For the majority of us, all we do is complain.

The simple fact is that complaining will get us nowhere. As much as it may seem to be enjoyable and relieving, all it does in the long term is to make us complain more, and become more run-down and depressed. Complaining leads to more complaining, the spiral runs on, and nothing ever gets done.

So why not go one day without complaining? Tomorrow, make a vow to stop complaining, and get on with the day. Sure, there will be problems, but instead of complaining about them, focus on solving the problem. Or if you can’t solve it, move on. Just don’t complain about it.

To help us be happier in life and complain less, here’s 31 ways to bliss and lightness

So what can YOU do to change yourself?

Have you ever noticed a change in your world once you’ve changed yourself? Let us know via your comments below!

More Inspiration from Gandhiji to Help you Be the Change:-

Now please check out these inspirational blog articles written by me and inspired by Mahatma Gandhi:-