Why You Should Never Ever Feel Sorry for Yourself Again!

Have you ever felt sorry for yourself!?

If so, welcome to the human race.  Most of us have been there at one time or another where we feel we’ve been hard done by life.

Or maybe you know someone who’s always down in the dumps and blaming everyone else for not making them happy.

Well, over the last week I have been lucky enough to be moved and inspired by some of the most amazing, brave and talented people I have ever seen.

I am in so much awe of what these competitors are able to do at such a high level despite all the perceived challenges they have faced and continue to face.

Last night I was lucky enough to be given a ticket for the Olympic Stadium – please check out my photos here.

I can share many inspiring stories  but here are three for you to check out.

1. Alex Zanardi won a handcycling gold medal. He is an ex GP Racing driver and had both legs amputated following a near-fatal Champ Car accident at Germany’s Lausitzring.

2. David Weir won his third Gold medal in the hand cycling.  And on Sunday, he may get a fourth medal in his main event – the marathon.

3. Tennis player Esther Vergeer  wins her fourth gold medal in 4 Paralympic Games – and it was her 470th win in a row!

And there are so many more stories of heroism and excellence.

All the Paralympians have transformed their perceived “disability” into an extreme ability. Most of them are world class performers in their own right.

They remind me of this famous Jewish proverb:-

“I felt sorry for myself because I had no shoes — until I met a man who had no feet.”

It’s funny how what you focus on shows up in your life. The day before the Paralympic opening ceremony, I actually saw a man with a metal leg in my local newsagents. It was one of the modern prosthetic legs and it was the first time I had seen such a leg in real life.

So what was special about him? Well, for a start he was carrying a very young baby boy and he was writing with his free hand. We met in a newsagents store and he was filling in some kind of form.

I noticed that his left leg was just a metal pipe, presumably held to his knee by some contraption. I got chatting to him and not having any “British reserve”, of course I asked him what had happened. With a straight face he said it was a shark attack.

In my head I immediately heard the theme music from the movie Jaws!

My face must have lit up in awe, wonder or perhaps even shock because the man smirked and smiled and said actually it wasn’t a shark attack but a car accident.

He then explained that his life was just as “normal” as before the loss of his leg – but he found it funny though how some people found it strange that he had since fathered a child – clearly some parts of his body were still very much intact!

This conversation lasted no more than a couple of moments but for me it encapsulated everything that’s so great and noble about the human spirit.

Here was an ordinary man with an extraordinary approach to life. Rather than feeling sorry for himself, he had chosen not to see himself as someone crippled or “handicapped”.

I don’t even like the word “handicapped” – who decides what’s true and what represents some kind of shortcoming!?

Which brings me nicely to the point of my post –if all these people with supposed “handicaps” can aim so high and reach such sublime levels of excellence, what’s stopping the rest of us!?

If the Paralympic Athletes can achieve and do so much with their challenges, what can people “able-bodied” people like you and I can achieve.

(I am assuming that most of my readers are able-bodied – and those readers who have a “disability”, I bow to you in total admiration and humility.).

These Paralympians show such determination and strength of character, its inspiring and at the same time humbling.

It’s for time for you and me to take stock of our lives and see what’s really important – and follow their example and make our lives   truly worthwhile – and to make our lives count.

If you ever need any inspiration, check out again the 3 stories of the Paralympians above and many others online.

And remember not to ever again feel sorry for yourself. 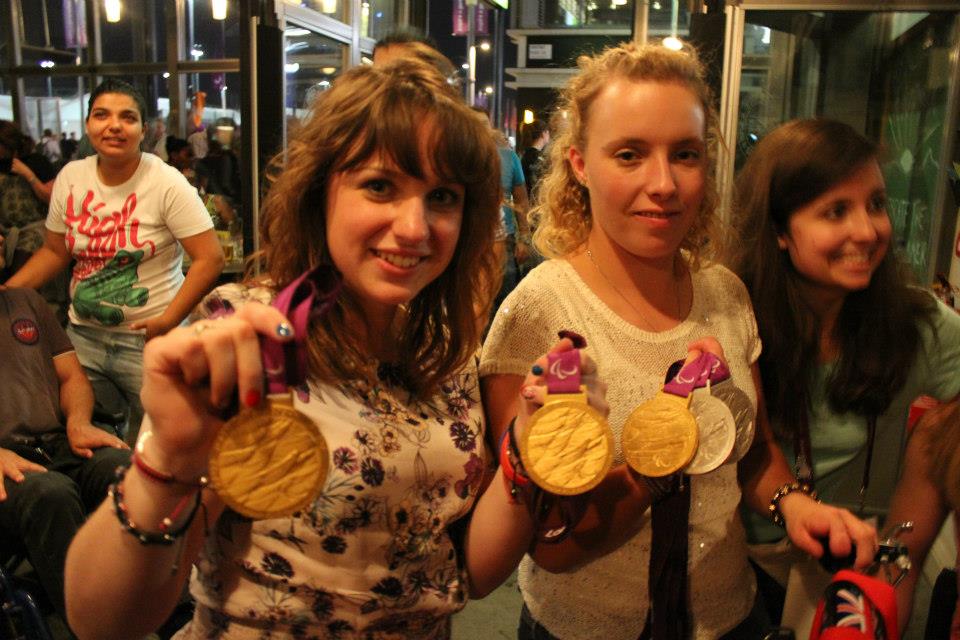