5 Key Lessons in Simplicity from Gandhi the Ultimate Minimalist 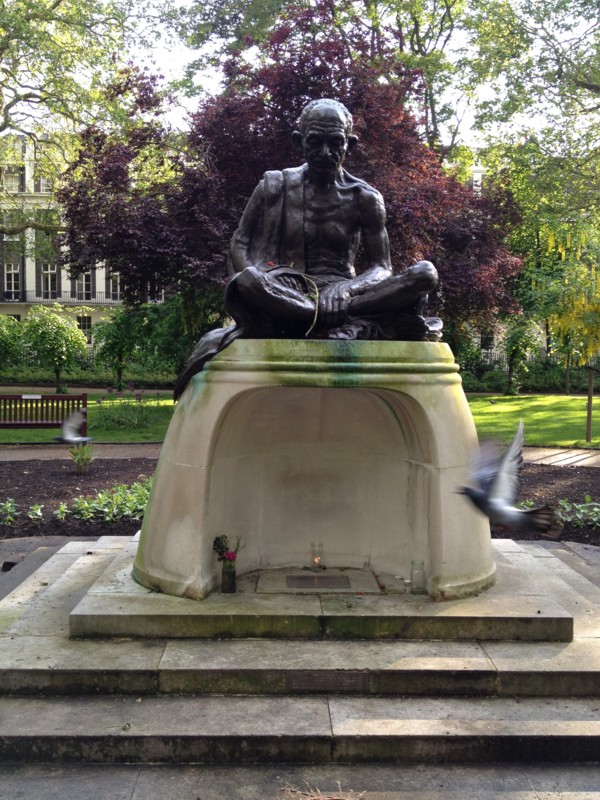 Are you a minimalist – or are you a die-hard hoarder?

Do you go through life tumbling over your belongings and with your head full of things to do?

If so, then it’s time for you to learn some lessons in leading a simple life from the ultimate minimalist!

Today is the 65th anniversary of the passing of Mahatma Gandhi, one of my all-time heroes and whose life has profoundly impacted me.

Though it might be decades since he left us, his 6 Key Lessons in Life live on with us.

It’s incredible how this seemingly simple man left such a legacy for the world and changed the lives of millions of people forever.

Though like all of us he had his faults and his personal challenges, his quest for truth and his message of non-violence is as valid and inspiring today as ever before.

As you look around the world today, can you even imagine how it could be transformed if somehow we could apply his message of “Ahimsa” – the avoidance of violence.

Gandhiji’s power and influence partly lay in his apparent simplicity and minimalist way of living.

He practiced simplicity and minimalism in all areas of his life and he left behind a huge legacy in how to live a life of simplicity.

Today there’s a fledgling but growing movement in the world towards minimalism – and we can learn a lot from the ultimate minimalist.

Gandhi was indeed the ultimate minimalist – a man who died a pauper but who affected the lives of many – and continues to inspire us with his message even today.

When Gandhi died, he had less than ten possessions including a watch, spectacles, sandals and eating bowl. He was a man of non-possession and didn’t even possess a house. 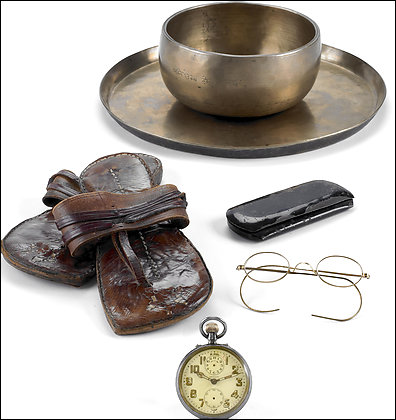 “You may have occasion to possess or use material things, but the secret of life lies in never missing them.” ~Gandhi

Gandhi was actually born into a prosperous family and had a very privileged upbringing, which included a prestigious education in England in the days when travel from India to England took many months by sea.

He studied Law at University College in London and he was subsequently invited to join the Bar there.

Though born into wealth, he ultimately gave it all away and through the course of his life managed to let go of material trappings. He followed a life of simplicity.

Gandhi believed in possessing little except the clothes he wore and some utensils for cooking and eating. He used to give away or auction any gift that was ever given to him.

It may not be possible these days for us to get down to less than ten possessions like Gandhi did, but start cutting down to bare basics. Recycle, give things away, or auction your unwanted possessions.

Take up the 100 thing challenge and see if you can get down to owning less than 100 or even less than 50 things.

We tend to spend a lot of time and energy looking after our possessions. By having fewer things to possess and look after, your life naturally becomes simpler.

To get you started, please answer my 20 questions to simplify your life forever.

Gandhi never had a problem with being overweight. He followed a strict vegetarian diet and frequently cooked his own simple food, which was locally produced.

He ate this simple food from a small bowl, a reminder to eat moderately, and at the same time he ate mindfully, often accompanied by prayers.

So eat simply and moderately.

There is this anecdotal story of the time when Gandhi met the King of Great Britain in London and he wore his simple wrap around cloth.

A journalist asked Gandhi “Mr Gandhi, did you feel under-dressed when you met the King?”

Gandhi replied “The King was wearing enough clothes for both of us!”

Though it may not be practical to weave your own cloth and make your own clothes, you can simplify your life by dressing for comfort, not to impress.

A simple hairstyle can shorten your grooming routine. You could even go as far as Gandhi and shave your hair off!

Gandhi never got stressed. He meditated daily and spent hours in reflection and prayer.

Though he was a world leader and idolised by millions, he continued to lead a simple life with few distractions and commitments. He would even interrupt his political meetings to go off and play with children.

And despite all his needs being taken care off, Gandhi still insisted on doing his own simple things. He advocated self-sufficiency and simple work.

So don’t take life too seriously – remember to take time out to play.

5. Let Your Life be Your Message

Though he was a prolific writer and powerful speaker, in private Gandhi spoke very quietly and only when necessary. He was also very punchy and concise in his writing.

He preferred to let his life do the talking for him.

Be the change you want to see in the world before it’s too late.

By living a simple life, Gandhi was able to devote his life to his chosen higher purpose.  He was totally focussed on his commitment to his people and the world.

Even if you don’t wish to be another “Gandhi” your life will be much simpler and happier by following his life lessons.

“If one has wealth, it does not mean that it should be thrown away and wife and children should be turned out of doors. It simply means that one must give up attachment of these things!” ~ Gandhi

Start living a simpler life from today – and you will release a lot of time and energy. This will give you the space to create the life you really want to live, a life that is inspired and inspiring.

So does what you do and how you live convey your message to the world?

Let your life be your message.

Editorial note:- A version of this article first appeared as a guest post written by me on Zen Habits