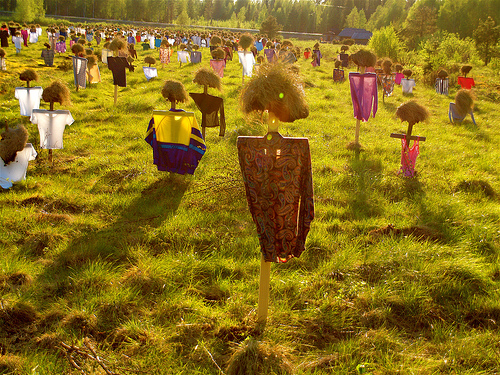 The world faces a lot of challenges today and it is easy to turn a blind eye to some of these things and hope that they will either go away or miraculously get sorted.

So many of us go through our lives, remaining silent about what matters to the world and other people. It is as if we are on auto-pilot, day after day.

Sometimes, I feel that there is so much that could be done in the world, but where does one begin? Having the desire to change things is great, but what about actually following up?

Is just being compassionate enough?!

During my recent trip to India something strange happened to me – I became aware that I wasn’t really as compassionate and kind as I used to think I was – I found myself turning a blind eye to some of the squalor and poverty around me.

After a few days of seeing street children in rags, I realised that I was blanking them out. It was as if the people living on the side of the roads in cardboard shacks simply didn’t exist in my peripheral vision, whilst I was being taken around in a rickshaw.

The paradox of India

India, the land of the Rajahs, elephants and outsourced call centres, is quite an incredible place and one that never ceases to surprise and shock me. But amidst all the splendour of cities such as Mumbai, and the acclaim for the supposed economic boom in India, remember that there is still so much poverty in the country.

Though India may be getting richer through its rapid development, the disparity in wealth is huge and shocking. I reckon that the poor people in India and perhaps other countries too, have simply no idea just how wealthy the rich are.

Conversely, the wealthy have no idea what it is like to be so poor as to be living in the streets and not knowing where your next meal was coming from.

So there I was, feeling like a king being driven around in a rickshaw and after only a few days amidst this huge contrast of wealth, I found myself switching off from the beggars and the sight of the street children. Compassion became pity, which then became annoyance and then finally indifference.

So what happened and what made me feel the way I did?

What made me become so silent and passive?

More importantly, knowing why, how will that stop us all from being silent people:-

After a few days I simply felt overwhelmed – it was as if I could no longer even see what needed to be done and I just switched off. There seemed so much that needed to be done from feeding the hungry to clothing the street children that I didn’t know where one would start.

Maybe we all need a pit stop before compassion fatigue kicks in.

It is easy to get disheartened and tired if you are doing so much for others without actually enjoying it.

What you therefore need to do is ensure that you take enough self-care and also that you make your acts of compassion more fun.

I remember feeling some shame and even anger at how we can tolerate our fellow human beings to be living in such sub-human conditions. I was also angry at the apparent indifference all around me.

Shame is okay as long as it triggers us to take some action. Recognise that it is okay to feel like this.

Also, be wary of having any feelings of guilt e.g. I have so much and they have so little. It is what it is – and you can make things better for them.

It is easy to give in to helplessness at the sheer magnitude of the suffering of our fellow human beings.

Just where does one even begin?

No matter what, feel the fear and change the world anyway.

I admit that I can be snobbish and I can harbour a sense of superiority at times. Thankfully this is something I am working on but the thought process goes like this – why should I get my hands dirty?!

And the more I am aware of feeling like this, the more I put myself into situations where I can work through it.

So no matter what you perceive yourself to be, be willing and able to pitch in and help out.

Funnily enough during my time in India, I felt the greatest indifference to poverty was amongst the local, relatively wealthy Indians. Perhaps they were hardened or simply felt hopeless – and strangely I found them to be also sceptical about helping the poor and even questioned just how poor they really were.

Okay, granted some of the poor were probably not as poor as they made out to be, but at the same time, coming from the privileged West, we are still so much more wealthier.

And if we have the means and more importantly, the desire to make a difference, why be indifferent?

Just take some precautions to avoid being taken advantage of – and at the same time, even if you get taken for a ride, you will have still helped someone! If so, then take the learnings and move on.

7. Fear of standing out

This is another big one for me and I suspect a lot of you – we hold ourselves back for fear of standing out – and even shining.

But always remember, who are you to not let your light shine?

The way forward is to stop fretting about the small things.

It is so easy to become indifferent, remain silent and not do anything about some of the huge challenges the world faces today – such as social injustice, poverty, famine, discrimination and so on.

And yet we all fret about our own daily challenges and grievances in our own little worlds, which in the big scheme of things are actually quite petty.

If only people were not so hung up on the small, petty things in their life, they would have more energy and desire to seriously take on the real challenges we face today globally.

So today, the moment you find yourself stressing over anything, ask if it really matters in the big scheme of things.

At the end of the day, every little bit you do to make the world a better place makes a difference – and it really matters.

Compassion is the key here and no matter what else is going on for us, if we can continue to have compassion for our fellow human beings, then even just having that compassion alone will make a difference.

Also, remember that compassion is not something you reserve for when visiting places like India, but it begins at home.

It is finally time to stop being silent.

Look around your life now and see where you are being silent – and why.

Develop a broader outlook and see what you can do for the world, beyond your own life.

And most important of all,  remember to never be one of the silent people again. 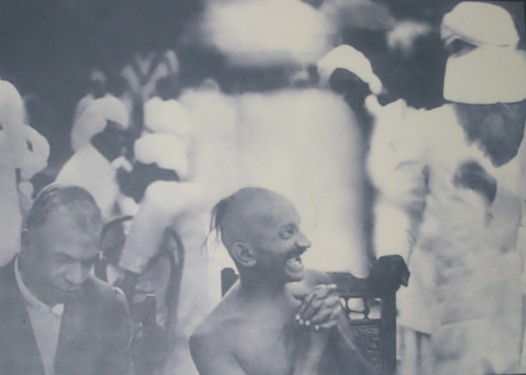