Why Charity Always Begins at Home

What does the word “charity” mean to you?

Do you simply switch off when there is yet another call for donations to a charity?

No matter wherever you are in the world, there will always be something or someone whom you can support and help if you wished to make it a better world all around. One can support umpteen causes, most of which are worthy and deserving, whereas some can be rather frivolous and obscure.

There is only so much of you to give and only so many resources you can share.

At what point does your goodwill end, and compassion fatigue set in?

I have always been fascinated with what makes people tick and what makes them do what they do. There are a variety of things that drive people but a key one is this deep desire and longing to make a difference and contribute to others.

Ultimately we all want to help and make a difference, it’s a question of just how we choose to do so. Sometimes we are simply held back from helping others through lack of knowledge or even fear of stepping up.

A few months ago, I wrote what I believe to be one of my best posts – indeed in my humble opinion my “opus magnum” article – Feel the Fear and Change the World Anyway. This article is my clarion call to everyone to change the world in their own way. If you only ever read one of my other articles, please make sure you read this one:-)

What is your definition of charity?

Wikipedia offers a number of definitions but generally being charitable refers to providing help or relief to the poor and needy. On a broader scale it is about benevolence or generosity toward others and toward humanity.

The word “charity” is also commonly used to describe an organization that facilitates charity benefiting people in need. It also refers to the act of giving your money, time or resources to others without expecting a reciprocation or a direct return. Of course you go get the satisfaction and fulfilment of having helped someone.

Ultimately, charity is benevolence, or an act based upon a belief in the goodness and worth of other people.

There is literally someone you can help in every street, and sometimes in every nook and cranny.

Yesterday morning I was in a very upmarket part of London for a client meeting and I saw a young woman sleeping in an alleyway. She seemed completely oblivious to the world passing her by.

Though the sight of homeless people in London has sadly become more common in recent years, I always wonder how such a person reached such a point in their life. I hesitate to say “low point” as I now understand that apparently some people choose this way of living. However for the majority, their life has taken such a turn that they now literally have to fend for themselves in the streets.

I still feel a heavy tug at my heart strings whenever I see homeless people in London. I always wonder how this could even happen in our so called modern and privileged society today.

Why are we not doing a lot more to help?

Conversely in some developing countries it is quite a common sight to see homeless people living in the streets, so common that we even switch off after a while from noticing human beings lying in gutters. I definitely felt like this ealier this year when I visited India.

At the same time, it’s always heartening to see how even homeless people strive to help themselves out of their situation, despite all their challenges. 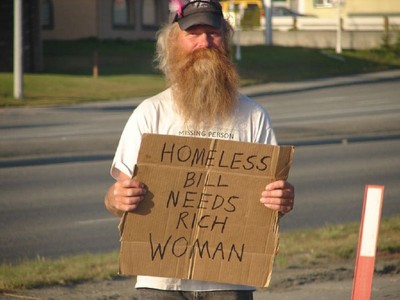 Here in London, I always chat to a homeless person selling The Big Issue – it really doesn’t take much to  take some time out of your routine and just have a normal conversation.

There is this famous story of Mother Teresa holding and hugging a dying man in Calcutta rescued from a gutter. The man was not bitter, but happy and grateful that he was going to die with some dignity and love.

At least for the last few moments in his life, this man felt wanted and loved. And how amazing it is to be able to give such a gift.

Give up on wanting to change the world big time

Yesterday morning when I met up with a friend, she mentioned how she had given up on the notion of always wanting to change the world big time. She was finally comfortable that she didn’t have to go and feed starving babies in Africa, so as to feel that she was making a difference!

So get this once and for all – it really is okay not to want to abandon your daily life and go and help starving babies say in Africa or take on some other grand project in the world.

Band aid in the mid eighties probably started this myth that the only way to help out in the world is to go and devote your life rescuing starving babies. Even now so many people seem to want to go to Africa or India and help children.

Funnily enough, I too used to talk about doing this and luckily 10 years ago I was able to do just that when I visited Nirvana School – do check out the video below or at this link – you are so beautiful.

There is this well known saying that charity begins at home – this really means that you should try to help your family and friends before you help other people.

Charity certainly begins at home – and it is key to understand and accept this. Once you accept that charity begins at home, you can then consciously look for opportunities in and around your home and not wait for one future day to pack your bags for Africa, or indeed anywhere else where a worthy charitable cause appeals to you.

Of course, charity at home is much more than giving donations and giving your unwanted clutter to others.

There is so much more we can all do for all the people around us – my friend John Sherry recently summed this up beautifully in his article about how to contribute to the world from the heart and not just the pocket.

So yes, contribute to the world from the heart and not just the pocket – and begin in your own backyard. Change the world around you first and one day you can take on the rest of the world.

Even more importantly, remember that “charity” begins with you. Look after yourself first and then the people around you and ultimately the world.

So be selfish to help the world.

At the same time enjoy all the abundance around you, both natural and material – it’s there to be enjoyed to the full and shared as appropriate and as much as possible.

I don’t belong to the school of thought that one should deprive themselves of material things, and suffer in sympathy with those suffering and who have less material goodness than you.

“No one would remember the Good Samaritan if he only had good intentions. He had money as well”. – Margaret Thatcher

Of course, don’t go too far the other way in terms of chasing and gathering materials and building up your clutter – keep your life simple.

To end, no matter where and how you are drawn to carry out an act of charity, always remember these famous words from St Francis of Assisi:-